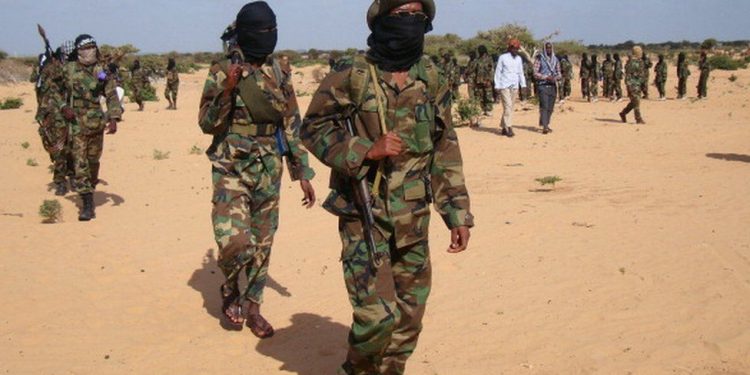 Al-Shabaab has been scaling up attacks with analysts saying the current electoral dispute has given room for the militants to organize themselves for major assaults.

ADADO, Somalia – Somalia-based Al-Shabaab militants have killed top commanders serving in the Somali National Army [SNA], in an attack that comes amid reports that the militants have expanded their territory following a political impasse in the country.

Politicians in Somalia are battling over the control of elections and the team agreed on Sunday to hold parliamentary polls by February 25. Later on, senators and MPs will elect the president of the federal republic of Somalia.

On Sunday, reports indicate, Al-Shabaab militants engaged in a fierce gunfight with the Somali National Army at Adakibir, about 60 kilometers East of Adado in central Somalia. The fighting continued for hours with the militants overpowering the government forces.

According to officials, major Ali Mohamed So’adde was among four soldiers killed in the Al-Shabaab attack on AdaKibir village. He died on the battlefield while coordinating troops during the attack.

He was fatally injured in fighting along with the commander of the 13th battalion Major Ali M So’adde. The attack is the fighting major loss for the dedicated Somali National Army officers this year when the country is focused on matters of elections.

Al-Shabaab has been scaling up attacks with analysts saying the current electoral dispute has given room for the militants to organize themselves for major assaults. The Al-Shabaab militants control huge chunks of central and southern Somalia.

The African Union is currently in talks with the Somali government over the future of AU peacekeeping troops who have been in the country for over a decade. There are plans to amalgamate the troops with the United Nations to form a joint mission which was initially resisted by FGS.