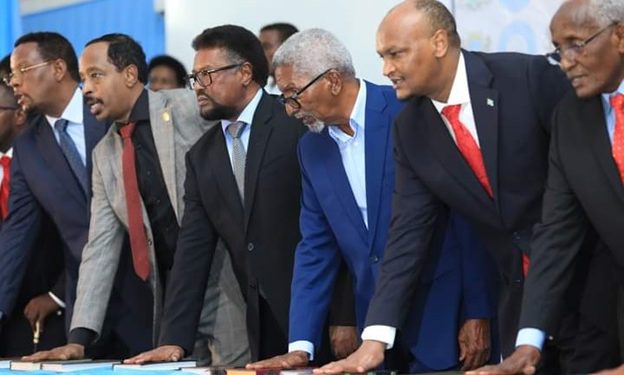 Mogadishu- Lower House and Senate lawmakers are gathering in Mogadishu for the first joint session to decide on the election of the speakers and the process of electing the next Somali president.

The Standing Orders of the parliament stipulate each House should elect its speaker within 7 days after holding the joint meeting.

As per today’s agenda, the Upper House will elect its speaker on 26 while the election of the lower house speakers is scheduled to take place on 27. The two houses have now interim speakers elected this week.

More than 90% of Somalia’s 11th parliament members were sworn in Thursday in Mogadishu after more than a year of delay due to the political wrangles and disputes over the election process.

Meanwhile, some opposition lawmakers say the presidency is working on a plan to delay the speakers’ election.