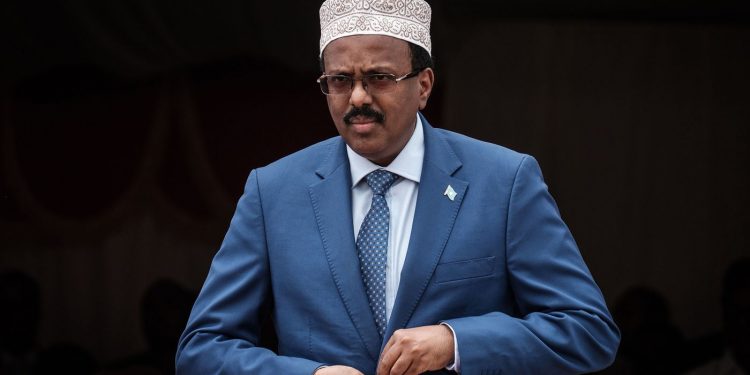 Delayed elections in Somalia amid political infighting have enabled al-Qaeda-linked militants to make gains in an insurgency, raising the threat of insecurity in eastern Africa.

The group, known as al-Shabaab, has taken advantage of the impasse and the withdrawal of U.S. troops from Somalia to recruit fighters, according to people with knowledge of the matter. Authorities have thwarted some attacks but there is a concern in the government that raids could increase in Somalia and neighboring countries, the people said, asking not to be identified because they aren’t authorized to comment publicly.

Somalia’s political crisis turned violent when lawmakers on April 14 approved a law to extend the mandate of President Mohamed Abdullahi, also known as Farmajo, without an election. The move came after the nation failed to hold a scheduled vote on Feb. 8 because of disagreements between the federal and regional governments over the process.

Legislators approved a request by Farmajo on Saturday to reschedule the vote. That came after some leaders had backtracked on supporting his extended term and the U.S. threatened sanctions. Still, the situation has deepened mistrust among politicians and soldiers, playing into the hands of the militants who have staged regular attacks in Mogadishu this year.

The violence was already escalating, with at least 10 suicide attacks in the capital in the second half of last year, more than double the number in the previous six months, according to a report by the International Crisis Group. While the Somali army had fought to take territory from al-Shabaab, it hasn’t won enough ground to avert a security threat during elections, according to ICG.

The threat goes beyond Somalia. The group has staged deadly raids in the past in countries in the region, including Kenya and Uganda.

The Kenyan government decided to close some of the world’s biggest refugee camps near its border with Somalia, citing security risks. Authorities accused some asylum seekers of harboring people linked to terror attacks in Kenya, including one on a university in 2015 that left 147 people dead.

The threat comes at a time when the number of foreign troops helping to contain the militants has declined. Former President Donald Trump last year ordered U.S troops in Somalia to move to Kenya and Djibouti. In November, Ethiopia withdrew some of the soldiers it had deployed on a peacekeeping mission in Somalia as it turned its focus to dealing with an internal conflict.

U.S. Secretary of State Antony Blinken said he discussed the security matters with Kenyan President Uhuru Kenyatta during a virtual visit to the country this week.

“We stand with Kenya in absolute solidarity when it comes to the threat posed by al-Shabaab, which both of us see as one of the most significant threats that we face,” Blinken told reporters.