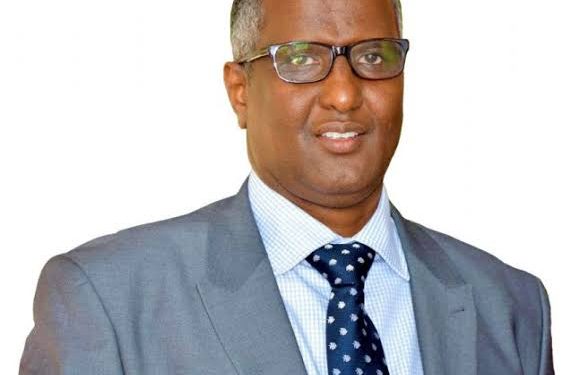 Former Planning Minister and Wadajir Party leader Abdirahman Abdishakur Warsame had been elected to represent the HoP138 seat after winning the Dhusamareb Election.

Despite the opposition from government functionaries, Abdirahman stood his ground as his clan opposed the attempt to block him and pressured Galmudug President Ahmed Kaliye alias Qoorqoor to include the opposition leader to run for the seat.

Somalia’s parliamentary elections have been described as the most corrupted ever held isince the collapse of the Siad Barre regime. The US had, warned those suspected to be saboteurs, arguing that they would be blocked from running for the seats.

Throughout the last five years, Abdirahman Abdishakur has been a fierce critic of Farmaajo, even leading to an attempted assassination after elite troops stormed his compound, leading to an exchange of fire between the two factions.

“I thank the people of Galmadug, particularly HoP138 delegates, for the opportunity they have given me. This is the first step towards major success,” Abdishakur said in a brief statement after his hard-fought victory in Dhusamareb.

Also elected in Galmadug was Farah Abdi Dini, who won the HOP007 seat, unseating incumbent MP Abdullahi Wehliye. The incumbent was also a close ally of President Mohamed Abdullahi Farmaajo, who is keen to defend his seat.

But Abdullahi Kulane was elected MP in Galmudug, becoming the second top Intelligence official joining the next Federal Parliament in Somalia after Yasin Farey, the current acting NISA boss. Both are among a team accused of having a role in the killing of female spy agent Ikran Tahlil last year.

In the next few days, Fahad Yasin, the former National Intelligence Security Agency [NISA] boss of is also expected to be elected to parliament. He’s running for HoP86 in Hirshabelle state. He has been linked to various cases of intolerance in Somalia.

Security officials, particularly NISA officers, analysts say, are joining the new Somali parliament to secure immunity from prosecution for crimes committed during the Farmaajo presidency. The trio has been accused of targeting opponents in Somalia.