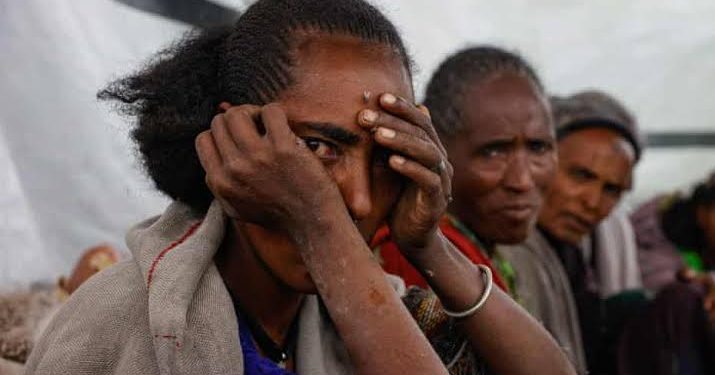 Amnesty International has raised concern about what it termed as crimes against humanity in the federal republic of Ethiopia, more than a year after the war broke out in the northern region of Tigray.

The rights group asked Ethiopia to ensure humanitarian agencies access the region, while also calling on authorities to release all those arbitrarily detained, and investigate and appropriately prosecute those responsible for abuses.

Any consensual agreement reached by the parties to the armed conflict should include the deployment of an African Union (AU)-led international peacekeeping force to the Western Tigray Zone to ensure the protection of all communities from abuses, Amnesty International said.

“The response of Ethiopia’s international and regional partners has failed to reflect the gravity of the crimes that continue to unfold in Western Tigray,” said Agnès Callamard, Secretary General of Amnesty International.

“Concerned governments need to help bring an end to the ethnic cleansing campaign, ensure that Tigrayans are able to safely and voluntarily return home, and make a concerted effort to obtain justice for these heinous crimes.”

The United States also expressed concern over the report on human rights violations in Ethiopia, terming them alarming and unprecedented. The US has already blacklisted a number of individuals who are accused of being saboteurs of peace and stability in Ethiopia.

“We note with the utmost alarm that thousands of Ethiopians of Tigrayan ethnicity reportedly continue to be detained arbitrarily in life-threatening conditions in western Tigray,” State Department spokesman Ned Price said in a statement.

The spokesperson said the US was “deeply troubled” by the recent findings of a joint report by two leading human rights groups—Amnesty International and Human Rights Watch—which had found the violence in the region amounted to ethnic cleansing.

According to the report, civilians in western Tigray had been forced from their homes through threats, sexual violence, denial of aid and unlawful killings.

Kenneth Roth, executive director of Human Rights Watch, says Amhara officials and security forces have engaged in a relentless campaign of ethnic cleansing to force Tigrayans in western Tigray from their homes. He also blamed the Ethiopian authorities for denying the crime and failing to address it.

The report further noted that it found evidence of deaths in detention facilities across western Tigray, with most of them resulting from gang rape.

Researchers said they based their findings on interviews from more than 400 residents.

The report also indicates the Amhara forces have expelled ethnic Tigrayans from accessing their farmlands, homes and even humanitarian support. Unable to survive, says the report, many ethnic Tigrayans left the area.

The Ethiopian government, however, said the findings seem one-sided. But it said it would carefully examine the allegations of rights violation and hold to account those responsible.

The conflict in Tigray broke out in November 2020 between government troops and Tigray Defense Forces (TDF). The war has escalated, leaving hundreds of people dead.

The US also called for the immediate release of detainees and demanded that international monitors be granted access to all detention facilities.

The US called for “credible investigations into and accountability for atrocities committed by any party to the conflict,” Price said.

Aid agencies have struggled to gain access to the millions in need of humanitarian assistance in Tigray because of restrictions by the government and militia groups.

The United Nations and humanitarian partners have not been able to move any further aid into Tigray by road since April 2, UN spokesperson Stephane Dujarric said Friday. The April convoy’s arrival was the first time UN supplies had entered Tigray by road since mid-December, he added.