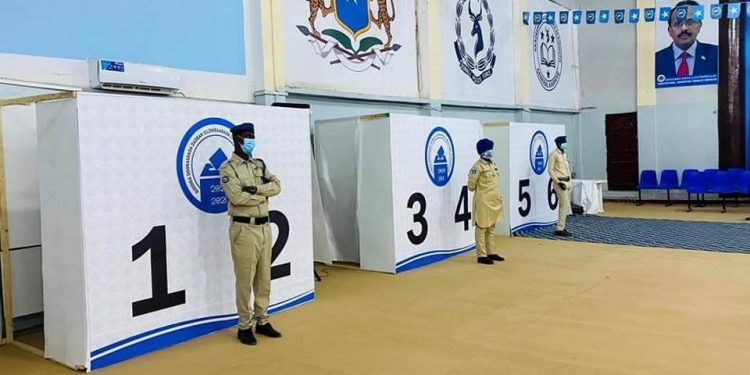 Eleven members of the Lower House were elected in various states across Somalia as the country fights to beat the electoral deadline, which is fast approaching, and which could have significant ramifications within members of the International Community.

Those elected were from Galmadug, Puntland, and the breakaway region of Somaliland. The MPs will join the federal parliament once sworn in and participate in the presidential election.

Results released by the electoral commission showed that John scored 81 votes while his opponent managed to garner 17 votes. The former police boss was fired in April 2021 when he openly called the resignation of the outgoing President Mohamed Abdullahi Farmaajo.

Three more MPs from Somaliland were elected on Thursday in Mogadishu in the ongoing Lower House elections. Mohamed Mohamud won seat 244, Ismail Sheikh Bashir, while Ifrah Mohamed Awad was selected as the only female in today’s race.

Further, Fardowsa Osman Igal, State Minister of Labour, Youth, and Sports of Puntland, was elected in Garowe to join Somalia’s 11th Federal parliament. She won the HOP232 seat in the closely contested election.

However, the Electoral Disputes Resolution Committee said it had suspended for seven days three seats [HOP201, HOP209, and HOP211] for Somaliland in the Lower House elected in Mogadishu a few days ago over lack of transparency and fraud in the voting process.

Stakeholders in the country had agreed to hold elections by February 25, a failure to which the country could plunge into a civil war. The United States and other partners have warned that they will punish groups which could derail elections in Somalia.