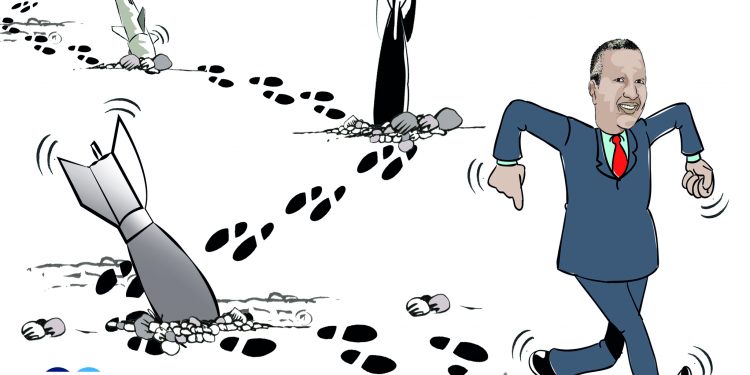 EDITORIAL | Wadajir Party leader Abdirahman Abdishakur Warsame is a famous politician hated and trolled by the regime agents in Somalia. He is a man who has often landed in trouble with the federal government under Mohamed Farmaajo, primarily for being vocal. However, his status as a politician has brought him loyal fans and sworn enemies.

But this week, even his adversaries may have liked his victory for a seat in parliament. After appearing in a scorpion fight against the SEIT, who had proposed controversially to ax his name from the list of contenders, he emerged victoriously. Even he smiled and sighed in relief.

There have been lots of commentaries both in mainstream media outlets and social media platforms, congratulating his victory not just as a personal win but a reflection of a defeat against impunity.  Here is why his success is suitable for all of us who admire democracy.

Abdirahman Abdishakur Warsame has been the flag bearer of the struggle for freedom and democracy. His run-ins with the authorities were both a personal and collective sacrifice against dictatorship and abuse of power. Warsame fought the Farmaajo regime’s oppressive and authoritarian culture. It is only fair that we retain such a voice in our politics.

You can celebrate his victory because it is a show against injustice. An attempt to remove him from the contest was impunity and injustice. Warsame was a victim of political oppression. Violations had been committed against him, dirtying his dignity. He faced the government’s military, financial, and diplomatic might and came out on top. Only those on the side of the law always win, no matter how long. Although the government machinery tried to assassinate him in the past, he survived. He rode the shame and wanted to isolate him, and he always had friends on the side of the law. There was a time the government used a jailed extremist to declare a fatwa on him, a shameful episode in Somalia’s history.  The Somali people sided with him because they saw the injustice he faced in pursuing the common good. They saw that Warsame dedicated his life, effort, energy, and time to defending the people’s rights and protecting the constitution and the state.

Like all politicians, Warsame may be looking out for his interests first, which is normal. But at least he has sustained principles, standing firm on what he believes is suitable for Somalia, unswayed by the changing politics in the country where friends become foes and foes become allies. This is a rare gem we must allow to continue.

Warsame has managed his reputation and public relations despite the tribulations. He has managed to remain constantly and directly in contact with Twitter, Facebook, Instagram, and other social media sites. He gives interviews and speeches and regularly travels within and outside the country. He is always ready to answer questions and readily available. Warsame is also a political teacher. Many Somalis, even those who are opposed to his policies, take lessons from his practice of politics. He has coined many political terminologies, and his understanding and interpretation of political events are always sought.

He has shown perseverance, determination, and patience. Warsame made mistakes in the past and endured burnt fingers for that. But he has had his comebacks, mainly because he is determined to do so. For the past five years, he endured untold injustice, bore the blows that fell on his back, and overcame the constant propaganda and slander against him. He is controlled, measured, and is not easily affected by political maneuvers. Warsame is a courageous politician who has been tried and tested before he held any office.