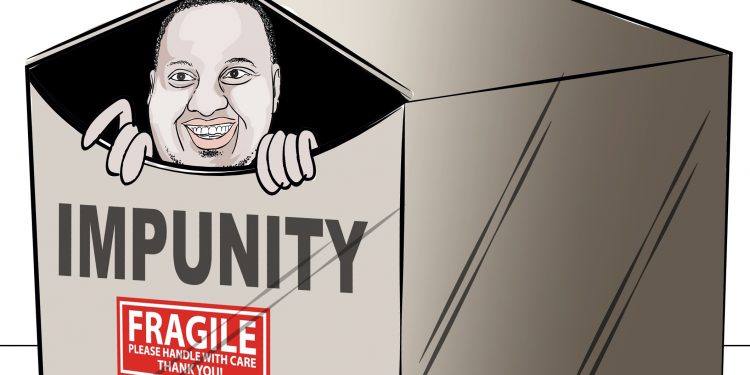 EDITORIAL: Somalia has passed the halfway mark in electing its legislators, a signal that the sorely delayed presidential polls may now be possible in a few weeks.

But that excitement is now tainted by allegations of rigging and the suspicious entry of spy agents under NISA in the electoral contest, as well as general interference.

This week in Southwest, a spy agent won a seat, but there was no fairness. A contender and holder of seat 145, Abdiweli Mudey, a former First Deputy Speaker, was barred from e to the v.

Worse is the fact that the winner of the seat had himself been a fugitive on the run, suspected of fraud in Kenya where he fled six years ago.

Of course everyone deserves total rights to appeal, and there is no contention to the fact that everyone has a right to contest. But to win where opponents have had their hands tied behind or limited from contesting freely is bad for Somalia’s reputation. Mohamed Sujuu’s victory in the election also reflects on Somalia’s poor justice system. It declined Kenya’s request for extradition and yet allowed the man a political hand to terrorise political opponents for NISA.

In Hirshabelle, another seat was headed for controversy after the local SEIT defied federal electoral implementer’s calls to have it suspended following clan complaints. The man in question is Fahad Yasin, a former spy chief who has become the right hand man of President Mohamed Farmaajo.

The seat 086 was initially delayed but the SEIT decided to run the polls, with a controversial registration of delegates picked despite complaints.

Fahad recently deployed hundreds of Harama’ad paramilitary unit, trained by Turkey, in a bid to win the seat. His victory will be that of bulldozing, not democracy because he has used state resources to bully opponents.

Farah Abdukadir, a prominent politician and former federal minister, is currently holding the seat and running for reelection. He is unlikely to face fair competition.

The worry with spy agents flooding and bullying opponents is not just about personal losses. It will lay ground for a dispute in the presidential polls. There are worries the spies are working for Farmaajo, entering the parliament as sure votes for his side. There are also worries these spies could influence SEITS, including holding dubious polls to ensure contests are not fair.

One possible worry is that they may steer the polls away from the schedule and choose to conduct presidential polls as soon as two thirds of parliament is full. That could leave contentious regions like Gedo without representatives. The region has had a long running dispute over the venue for parliamentary elections. Flooding the system with NISA means the agents can force venues to areas hostile to opponents or just skip it to leave opponents in the dark.

Somalia surely wants elections. But what is the purpose of polls if they are pre-written to place certain people in power while hoodwinking the world about legitimacy? It is only fair that NISA sticks to its core mandate of gathering security intelligence, not targeting political rivals.