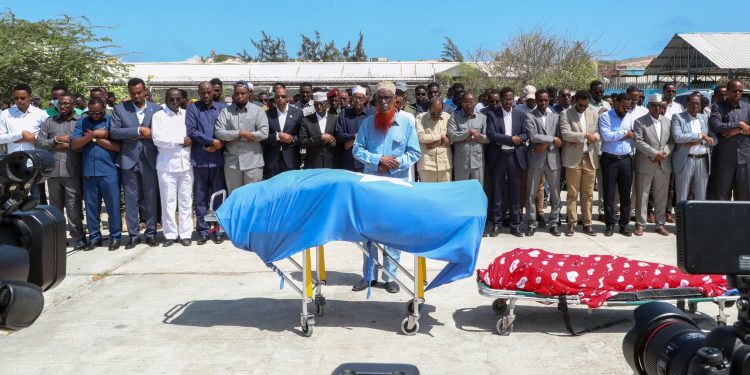 BELEDWEYNE, Somalia - The death toll from two bombings that killed a parliamentary election candidate in central Somalia has risen to 48, a regional leader said on Thursday.

Amina Mohamed, a vocal critic of the government, was killed on Wednesday by a suicide bomber in Beledweyne, around 300 km (185 miles) north of Mogadishu, on the eve of her expected re-election, witnesses and relatives said.

“The two blasts killed 48 people including traders, clerics, officials, and civilians and injured 108 others,” Ali Gudlawe Hussein, president of Hirshabelle state, said in a statement broadcast on Facebook.

“The first suicide bomber targeted lawmaker Amina and those with her. And when the casualties were taken to hospital, a suicide car bomb targeted them.”

Al Qaeda-linked militant group Al-Shabaab said it was behind the bombings.

Somalia is conducting parliamentary elections in an indirect process that involves clan elders picking the 275 members of the lower house, who then choose a new president on a date yet to be fixed.

In a statement late on Wednesday, Prime Minister Mohamed Hussein Roble said Wednesday’s killings were aimed at disrupting the elections.

Data from the election commission shows that the election of 246 lawmakers has so far been completed ahead of an April 15 deadline.

Continue reading your article with a Garowe membership

We notice that you are not logged in to the system, To access this article please register and buy a package below.
Register now
If you have an active Garowe account with an active subscription
Login below to access
Login