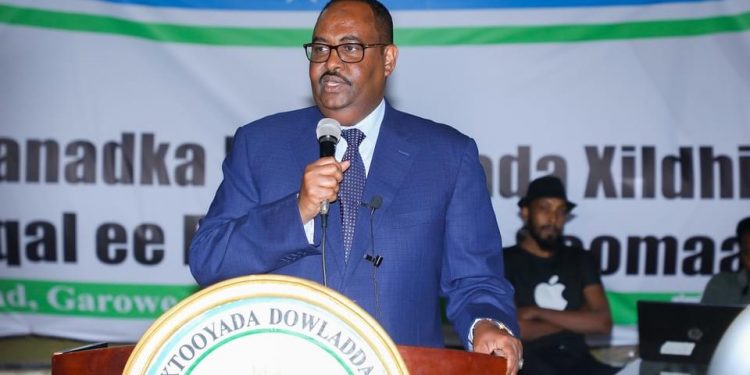 Somalia is yet to conclude Lower House elections despite pressure from the international community, funding the exercise for the last couple of months. The polls officially kicked off in September last year.

But in a dramatic move that could change the fortunes of current presidential candidates, Deni, who has been president of the northeastern Federal State since 2019, said he’s ready to run for the recent race, which could kick off in the coming months.

The president asked fellow candidates to unite behind one leader for the sake of changing the political course in the country, which has battled with instability for the last couple of years. He further said details of his campaign would be shared later.

“This evening, I am announcing my candidacy for the Presidency of the Federal Republic of Somalia. I urge all Presidential candidates in Somalia to unite to achieve change. In the next few days, I’ll share with you details of my political campaign,” he said.

Deni was addressing senators and Lower House members who were recently elected from Puntland, which joined Southwest, Galmadug, Somaliland, and Banadir as some of the regions which have completed elections.

Jubaland is yet to conclude the exercise due to the current standoff at the Gedo region, where outgoing President Mohamed Abdullahi Farmaajo is accused of interference. At the same time, Hirshabelle has a crisis in Beledweyne town.

Previously, Deni served as the Minister of Planning of Somalia after being appointed to the position on 17 January 2014 by then-Prime Minister Abdiweli Gaas. He was also a presidential candidate in the 2017 race for the Somali presidency won by Farmajo.