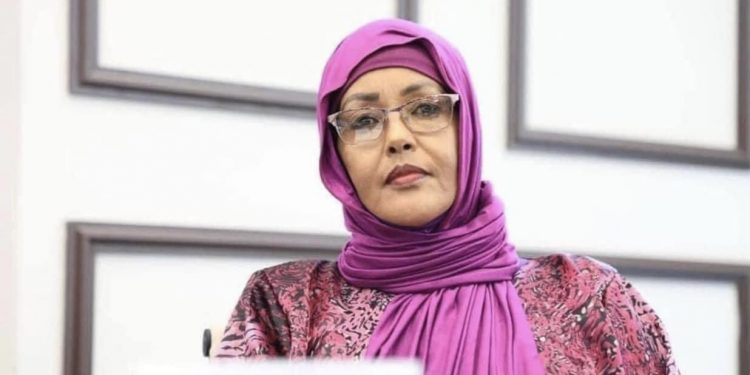 In a dramatic turnout of events, Somalia’s Lower House members finished their House leadership elections in a spirited notch, voting for the first-ever female deputy speaker in the history of the Horn of Africa nation.

With little doubt about the opposition’s dominance in the 11th parliament, there were concerns that the government could have used confusion within their opponents to at least install one member in the House leadership team.

In the first round of voting, the opposition struggled after Mohamedweli Abdalla Ahmed came first with 59 votes, followed closely by Mohamed Ali Omar Ananug, who scored 58 votes, and Sa’diya Yasin Haji Samatar got 52 votes.

The country is a patriarchal community where women find it challenging to serve in senior public service offices or political offices. Currently, stakeholders are using the one-third gender rule to push for more female representation in parliament.

The opposition will likely unite against Farmaajo, who is accused of triggering the delay. Prime Minister Mohamed Hussein Roble, in a Twitter Space conversation with Garowe Online, hailed the House for completing elections.

“Despite obstacles, we succeeded in finalizing the election of the 11th Parliament members and its leadership,” he said, adding that those who were elected should move with speed and conduct the presidential election without further delay.

The international community, which has also played an integral role in the elections, congratulated winners of various House leadership seats, adding a need to commence presidential polls immediately.

“After the protracted delays and obstacles in choosing the members of parliament, the election of the parliamentary leadership is a major achievement.  We appreciate the efforts of all Somalis who contributed to the completion of these parliamentary votes,” read the statement.

“We urge that election of the President now be completed promptly, peacefully, and credibly, so that Somalia’s elected leaders can address national priorities for the benefit of all its citizens,” stakeholders noted.

Farmaajo has overstayed in office even after his term expired in February last year and has often been accused of sabotaging elections. Both Lower House members and Senators will participate in presidential polls, whose date will be set by the House leadership team.