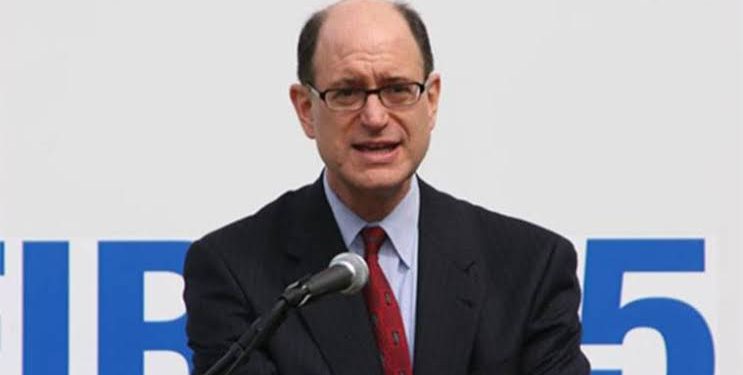 WASHINGTON– A top US Congressman snubbed two senior Ethiopian government officials over the ongoing massacre and subsequent humanitarian crisis in the Tigray region. It has now emerged as one of the most dramatic incidents protesting Abiy Ahmed’s maladministration.

Reports indicate that on April 19th, Congressman Brad Sherman was invited to co-host a reception at the Republican Club for Ethiopian Finance Minister Ahmed Shide and Ethiopian Ambassador to the United States Fitsum Arega. Still, he chose to snub the meeting to protest the ongoing mass killing of people in Tigray.

The invitation, reports say, was sent by former Congressman Jack Kingston, whose lobbying firm represents the Government of Ethiopia. The Ethiopian government has been at loggerheads with Tigray Defense Forces [TDF] over the country’s politics, which significantly changed in 2018.

For some time, Sherman has been a vocal critic of the Ethiopian Government for its practice of blocking humanitarian aid to the Tigray region, which resulted in 40% of Tigray’s population suffering from an extreme lack of food and 90% of its population needing urgent humanitarian assistance according to the World Food Programme and the UN.

Tigray region has been in blackout for over 17 months, with several people subjected to full-scale devastation due to ongoing fighting involving Tigray Defense Forces and Ethiopian National Defense Forces [ENDF]. Both sides called for a ceasefire a few weeks ago, but it seems humanitarian access is still limited.

So far, over 500,000 Tigrayans have died from the crisis, with thousands of others displaced from their homes. The United States has since canceled visas for senior Ethiopian government officials over the conflict, with the top military brass affected.

However, Sherman agreed that he would host the event – only if the Ethiopian government agreed to allow humanitarian organizations such as the World Food Program, USAID, and the International Committee of the Red Cross to bring into the Tigray region 100 trucks of humanitarian and food aid that the people of Tigray desperately need.

According to the UN, over 100 aid trucks are needed every day to meet the humanitarian need within Tigray – yet less than 5% of the required aid has been allowed to enter Tigray during the last month since the Ethiopian Government declared a humanitarian truce. Before that point, not a single truck of humanitarian assistance entered Tigray from December 15th until April 1st.

Both Ethiopian and Eritrean governments have been accused of using their military to suffocate the Tigray region by blocking essential humanitarian aid, leading to the deaths of hundreds of people. Eritrean troops have been directly involved in the Tigray war, contrary the several international agreements.

The U.S. State Department has said the Ethiopian and Eritrean governments’ blocking of humanitarian access into Tigray is “unacceptable” and “unequivocally [called] upon the Governments of Eritrea and Ethiopia to take all necessary steps to ensure that their forces in Tigray desist this reprehensible conduct.

Additionally, the U.N. has echoed these calls, urging “the Ethiopian authorities to allow us to [support millions of people in need of humanitarian assistance in Tigray, Amhara and Afar] without hindrance and to facilitate and enable our work with the urgency that this situation demands.”

However, the Congressman appreciates the accessibility of 74 humanitarian aid trucks, and five fuel tankers were able to make it into Tigray starting on April 25th. Still, this slow aid falls short of what the U.N. has said is needed to save millions of starving people – 100 trucks of humanitarian assistance a day, every day.

“There is no indication that the April 26th increase was in response to my letter on April 22nd; it was not the 100 trucks I asked for. More concerning is that zero trucks were allowed to enter Tigray on April 16th, 17th, 18th, 19th, 20th, 21st, 22nd, 23rd, and 24th. Accordingly, I did not attend Minister Shide’s Congressional event,” Sherman said.

Ethiopian Finance Minister Ahmed Shide will attempt to use this reception to deflect from the atrocities committed by his government. Nevertheless, Congressman Sherman will continue to make sure that his colleagues and the American people are aware of this policy of causing mass starvation, which has already killed tens of thousands and threatens to kill hundreds of thousands, if not millions.

“I will not break bread with a Minister of a government that has used a food blockade to kill hundreds of thousands of civilians,” said Sherman. “I will change my position if 100 trucks, or some number close to that, are allowed in day after day.

This comes months after Somali-born US Congresswoman Ilhan Omar called for investigations into the current conflict, arguing that the government was determined to exterminate the Tigray people. The government insists that it has been able to allow access, adding that it’s TDF that has been frustrating her effort to restore normalcy.

US and Kenya discuss defense ties amid heightened Al-shabaab activities