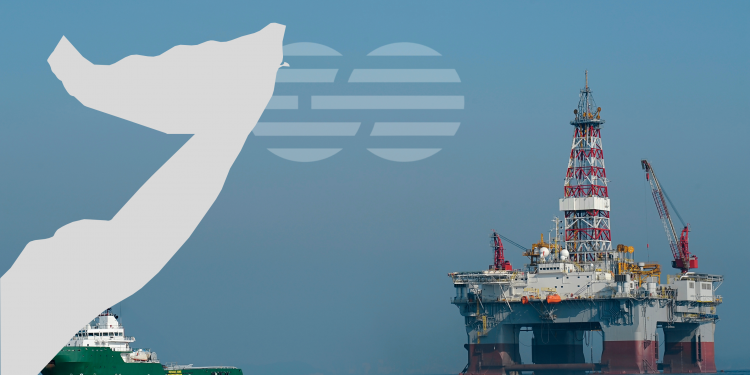 𝕄𝕆𝔾𝔸𝔻𝕀𝕊ℍ𝕌,𝕊𝕠𝕞𝕒𝕝𝕚𝕒 – The Federal Government of Somalia [FGS], after all, disregarded an advisory opinion over exploration of oil and subsequent deal with an American firm just before the agreement backfired this week, which exposes the weak systems within the government.

Over the weekend, the federal government of Somalia disowned a deal signed with Texas-based Coastline Exploration Ltd, arguing that it breaches the presidential decree signed in August 2021 by outgoing President Mohamed Abdullahi Farmaajo.

“The Presidency FGS at this moment declares nullification of Petroleum pact signed by the Minister on behalf of FGS,” the government said in a statement. “The deal contravenes Presidential Decree 7/8/2021, which bans the inking of deals during elections to protect public resources from exploitation during the elections.”

Also, in response to the deal revealed by Petroleum Minister Abdirashid Ahmed, Prime Minister Mohamed Hussein Roble dismissed it as ” illegal,” arguing that the cabinet wasn’t involved. The Attorney General has since constituted a team to investigate the deal.

But documents availed to the media now indicate that the government had been advised against signing the oil deal with the Coastline Exploration Ltd. Still, it is not clear why the advisory was discarded, in what could raise questions about the masterminds of the agreement and the intentions.

The current approach, it said, provides “poor value for money…that may last for 40 years or more.” The FGC further raised concerns over “in complete compliance with the FGS legal framework, and inadequate protection of FGS’s financial interests.” The current MPMR approach risks “future legal and compensation claims against FGS.”

Somalia’s government had made seven principal recommendations; key among them was that “PSA negotiations do not prioritize short-term revenue (i.e., signature bonuses) at the expense of longer-term value.”

The note confirmed that Coastline Exploration [a company formed in 2018 and based in the Cayman Islands] was, in fact, a rebranding of the discredited Soma Oil and Gas. The latter was fighting liquidation in Somalia thus did not qualify to bid.

The minimum bidder qualifications are set at relatively low thresholds, the advisory noted, adding that “by comparison, the 2019 tender protocol required that a bidder include at least one party who has drilled multiple offshore exploration wells”.

Some of the weaklings noted in a great deal include; specific provisions that seem to allow the award of PSAs even where a single, potentially incomplete, or otherwise non-compliant bid is received.

“The PSA and the tender protocol issued in November 2020 offer considerably more attractive terms to oil companies than previously contemplated,” reads part of the advisory, which was leaked when the tender flopped over the weekend.

According to FGC, no stakeholder consultation appears to have occurred. Still, instead, a group claiming to represent one clan had recently expressed their rejection of petroleum operations in areas inhabited by their clan.

“There is a significant risk that any contracts awarded under the license round or through direct negotiations will not protect the interests of the FGS and oil-producing FMS or extract appropriate value for Somalia’s oil over the lifetime of the PSA,” the advisory noted.

WASHINGTON- An oil dispute between an American firm and the federal government of Somalia has turned out to be a ticking bomb, just months after Mogadishu nullified it...

NAIROBI, Kenya -The quest by Kenya to search for oil failed after experts could not locate offshore deposits at Mlima-1 better known as Lamu Basin, along with coastal...

Somaliland's Foreign Affairs Minister Essa Kayd Mohamoud has asked the Republic of China to invest in the breakaway region's mining sector, noting that it has vast economic potential. The...