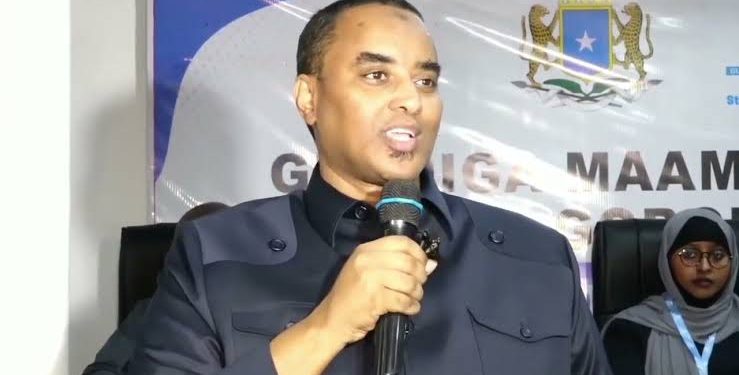 The Federal Electoral Implementation Committee [FEIT] refused to authenticate Yasin’s victory, citing fraud in the elections that caught the attention of the international community members, who are the main funders.

HirShabelle electoral agency had declared Yasin the winner of HoP086, but the outcome was challenged by the opposition, who accused the state agency of fraud in the exercise. The national electoral team nullified the result.

For weeks, Yasin, now an advisor to the presidency, has been trying to use “state power” to have him declared the winner, but his efforts have refused to materialize. Instead, he has often accused FEIT of discrimination.

And on Sunday, having seemingly run out of options, Yasin moved to Somalia’s Supreme Court to seek intervention as the deadline for swearing-in of new MPs was near. The MPs are supposed to take oaths on April 14.

Zakariya Mohamud Ismail, the longtime lawyer to Fahad Yasin, said the decision by FEIT to nullify the outcome was illegal. He dismissed allegations of wrongdoing in the elections, adding that the Supreme Court should deliver a favorable judgment.

Further, Somalia’s Supreme Court has responded to the complaint, ordering the Attorney General to respond within two days. The court is the last option for settling electoral disputes, and Yasin believes he is best suited to win the seat.

On Thursday, FEIT that the four seats whose results have been suspended due to electoral irregularities would be re-run. PM Mohamed Hussein Roble has been keen to deliver free and fair elections, but outgoing President Mohamed Abdullahi Farmaajo has often undermined his efforts.

In September 2021, the family of female intelligence agent Ikran Tahlil Farah filed a lawsuit against Ex-NISA boss Fahad Yasin and three other top NISA officials, including current acting director Yasin Farey over the abduction and subsequent murder of the 25-year-old girl in Mogadishu.

In November, Fahad Yasin and his co-accused NISA bosses were cleared of all charges in Ikran Tahlil’s assassination by the Somali military court before running for MP seats in Galmudug and HirShabelle.