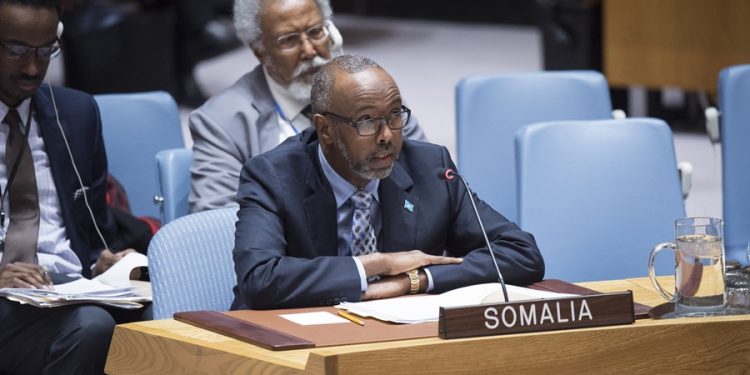 UNITED NATIONS – The federal republic of Somalia has lost voting rights at the United Nations over unpaid dues, a development that automatically affects its plans to run for non-permanent members of the global body.

In a statement released by the UN, Somalia was one of the eleven countries whose vote will be inconsequential immediately due to unpaid arrears. Each country is given a certain amount for a contribution towards the UN budget.

The United Nations has 193 members across the world whose membership is defined by subscription fees. The Horn of Africa nation, which largely depends on foreign aid, is yet to clear millions of dollars according to the circular issued by the UN chief.

Some of the other countries in Africa subjected to the same suspension include Sudan, Comoros, Sao Tome, Principe, Congo, and Guinea. Others include the socialist republic of Venezuela, Iran, Papua New Guinea, Antigua, and Barbuda along with Vanuatu.

The U.N. Charter states that members whose arrears equal or exceed the number of their contributions for the preceding two full years lose their voting rights. But it also gives the General Assembly the authority to decide “that the failure to pay is due to conditions beyond the control of the member,” and in that case, a country can continue to vote.

Early this week, outgoing Somalia's President Mohamed Abdullahi Farmaajo said the country will run for non-permanent member of UN, a seat currently held by the Republic of Kenya. Kenya won the seat in 2020.

During the campaigns, Somalia supported the republic of Djibouti further causing disharmony with neighboring Kenya. The Horn of Africa nation is undergoing a series of internal challenges, key among them Al-Shabaab threats.

The General Assembly decided that three African countries on the list of nations in arrears — Comoros, Sao Tome, Principe, and Somalia — would be able to keep their voting rights, should the payment be made in time.

Currently, Somalia is also struggling to hold elections, with the United Nations and the US being among the top international partners pushing for the implementation of an agreement signed earlier this week in the capital, Mogadishu.