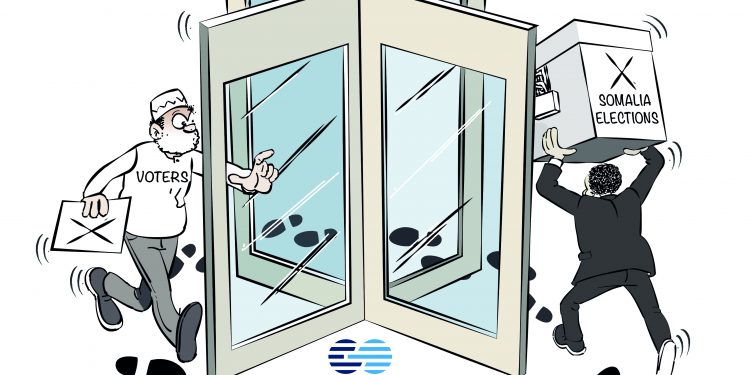 EDITORIAL: Somalia’s electoral spoilers have been dragging the country’s polls program for a year now, which is why it was pleasant to hear the US government imposing visa restrictions on those who have curtailed the country’s nascent steps towards democracy.

On Tuesday, US Secretary of State Antony Blinken banned an unknown number of senior government officials seen as the key men who have caused delays or frustrated the country’s much-delayed elections.

Of course, a visa ban may not kill a man, and there may be those politicians or officials whose ban on Tuesday could be met with a shrug. But consider that many of our elite politicians have families and homes scattered in the West, the ban could hurt them. No one wants to be barred from living where they want.

Initially planned to end on February 8 last year, Somalia’s elections have dragged on frustratingly. They have been postponed three times, and each of those episodes nearly imploded. What is more? The country has had to live with an incumbent well beyond his stay in office and one who failed to deliver the promise of holding universal suffrage.

A year after his extended stay in office, he has been surrounded by spoilers targeting a free press, independent political minds, and a staggering polling calendar that no one wants but has been forced to live with.

As is tradition, we may never know who the ban affected as Washington routinely considers visa applications as a private individual matter.

The visa ban must, however, be buttressed with t controls at the polls. It would be a shame if these folks, banished in the US, still had their fingers in the political cookie jar of the country.

They must be made to stay away from the process. If they want to run as candidates, they must be made to meet the criteria set by the national electoral implementation team. Somalia’s indirect elections are not the best in the world. But Somalis can clean it up by ensuring the ground is even and that candidates are nominated based on their integrity.

We do not want another round of chaos perpetrated by individuals who have already been complicit in undermining a nascent democratic process, crushed opponents’ supporters, detained journalists without charge or manipulating an already fragile electoral process.

The visa ban is a good sign that the US, a long-term ally of Somalia, is intent on helping right the course of political processes here. But it is insufficient. Washington must get more challenging, which suggests that it interferes with the electoral program or the country’s internal affairs.

Washington is a crucial donor to this program, so it has legitimate concerns about delays. No one wants to pay or fund something endless. If Somalis want to justify independence, at least they should elect their leaders in a free and fair process, unhindered by spoilers.

Indeed, Blinken said the best path toward sustainable peace in Somalia is through the rapid conclusion of credible elections. We agree.  That is why those purveying irregularities in this election must be prevented at all costs from coming near our elections.