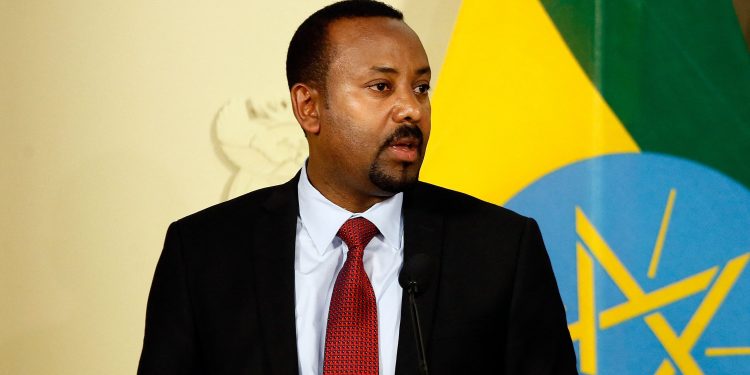 Embattled Ethiopian Prime Minister Abiy Ahmed continued to dismiss ongoing conflict in the Tigray region, despite reports that thousands of people have died, millions displaced, and others raped due to the continuing violence in the country.

At the African Union 35th Ordinary Session in Addis Ababa, Abiy Ahmed termed the conflict in Tigray as “internal” while noting the help from African countries. According to him, African countries have made it “possible for Ethiopia to remain as a nation.”

He accused unnamed external countries of  “undermining the sovereignty of Ethiopia.” Ahmed has been

accusing unknown foreign nations of meddling in Ethiopian conflict for some time, but he has never tabled evidence.

On the contrary, the Ethiopian National Defense Forces [ENDF] have received support from the Eritrean troops. Other reports indicate that Somali soldiers in Eritrea have also participated in the war. Somalia denies this factor.

Tigray Defense Forces [TDF] spokesperson Getachew Reda dismissed the speech by Abiy Ahmed, wondering why African leaders have “tolerated this dictator for long.” He urged the international community to “genuinely solve the conflict.”

Elsewhere, aid agencies in Tigray have suspended activities due to fuel shortages and unnecessary blockades in the Afar region. The Tigray Defense Forces moved into Afar to neutralize Afar regional troops to allow aid agencies access to the troubled state where millions face starvation.

Addis Ababa has been accused of engineering the blockades to “strategically starve the people of Tigray.” However, this narrative has been rejected by Abiy Ahmed, who insists that his government is doing everything possible to coordinate humanitarian teams in Tigray.

Victims of the Tigray massacre have moved to the African Union Human Rights Council, where they have sued the government of Ethiopia for atrocities in the region. The solid case could, in the future, change the dimension of the 13-month war in the country.

Abiy Ahmed took over in 2018 and would win the Nobel Peace Prize a year later, but the war has significantly eroded his achievements. The Prime Minister indicated early this year that he would be pushing for reconciliation in his country, which is yet to happen.