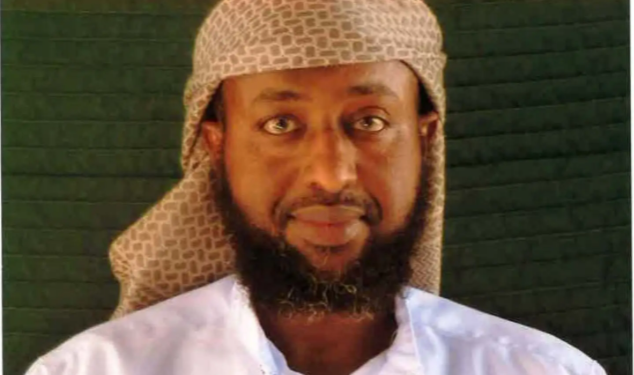 WASHINGTON – The United States has approved the release of a Somali prisoner from Guantanamo Bay prison, over 17 years after his arrest and subsequent detention without trial, despite complaints from his family.

Guled Hassan Duran, 47, received the great news about his impending release on Monday during the 20th anniversary of the prison, which was first established in 2002 in Cuba to hold suspected terrorists across the world.

He was arrested in 2004 in Djibouti by US authorities and was transferred to the facility where he has never been charged. He cannot return to his homeland under a congressional prohibition on the transfer of Guantánamo detainees to Somalia, Libya, Syria, and Yemen, The New York Times reports.

John F. Kirby, a Pentagon spokesman, declined to comment on the case or on any approvals that the interagency Periodic Review Board had made but not announced.

“The administration remains dedicated to closing the detention facility at Guantánamo Bay,” he said. “Nothing has changed about that.”

Since taking over last year, President Joe Biden has transferred only one detainee from Guantanamo Bay prison. The man from Morocco had his future negotiated by the Obama administration before temporarily getting halted by Donald Trump.

Mr. Kirby also declined to discuss the case of Moath al-Alwi, a Yemeni man in his mid-40s whose sister posted on Facebook that he had also been notified that he was approved for transfer. “We ask Allah to release them all,” she said.

Mr. Alwi has become one of Guantánamo’s best-recognized prison artists. In 2018, replicas of sailing ships that he fashioned from found objects in the cellblocks were the centerpieces of “Ode to the Sea,” an art show at the John Jay College of Criminal Justice in New York.

Soon after, the Defense Department declared art created by Guantánamo detainees property of the U.S. government and prohibited prisoners from giving pieces to their lawyers or anyone else. Prison staff also stopped showcasing his art in news media visits.

Mr. Duran’s lawyer, Shayana Kadidal of the Center for Constitutional Rights, said he was informed of the approval after his client was notified of the board’s decision on Monday morning. The document, dated Nov. 10, pledged “vigorous efforts will be undertaken to identify a suitable transfer location” that is “outside the United States, subject to appropriate security and humane treatment assurances.”

Mr. Duran lived in Sweden as a teenage refugee, has relatives in Canada, and has “good options” for possible resettlement countries, Mr. Kadidal said. He described him as “smart and resourceful and has the experience of living in several different countries.”

Somalia is one of the countries closely monitored by the US over terrorism cases. The United States has been also assisting authorities in Mogadishu in the fight against Al-Shabaab militants who control large swathes of rural central and southern Somalia.