The US has pledged to work with mission troops to bring about order in the country. 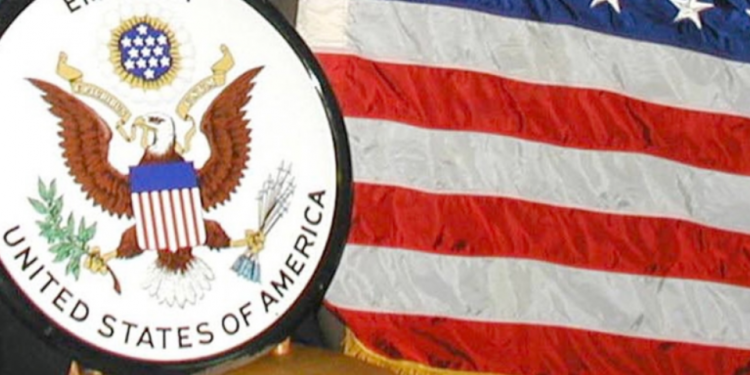 MOGADISHU, Somalia – The United States has said it is closely watching the ongoing Al-Shabaab fighting within the Hiraan region of Somalia, noting that Washington will continue working closely with the Somali National Army [SNA] in the war.

Al-Shabaab militants have intensified fighting within the region in recent months, forcing the US army to do joint operations with the SNA troops, a move which has succeeded in killing dozens of the militants within the vicinity according to reports from Southwest and authorities in Mogadishu.

The US embassy in Mogadishu insisted that the militants cannot triumph anywhere within Somalia, an indication that Washington will closely work with the Horn of Africa nation in degrading the militants who control large swathes of the rural central and southern parts of the country.

“The United States is following closely the fighting in Hiraan and the hard-fought successes of the SNA Force and local forces. Extremist violence will not triumph in Hiraan, in Mogadishu, or anywhere in Somalia, ” the US said in a statement.

The statement comes just hours after US Africa Command boss General Michael visited the country where he held a meeting with President Hassan Sheikh Mohamud, who has vowed to degrade the militants. The visit comes amid heightened Al-Shabaab activities in the country.

Early this year, the US redeployed soldiers to Somalia following a request by the Senate, which noted an increase of attacks within the country. The US had withdrawn soldiers from the country in 2021 after an executive order by former President Donald Trump.

President Hassan Sheikh Mohamud had insisted that his administration will invest in the fight against Al-Shabaab while calling for assistance from other neighboring countries. The US has pledged to work with mission troops to bring about order in the country.

There are close to 7,000 active Al-Shabaab fighters domiciled in Somalia but the number could be slightly higher given the expansionist ideals of the group to countries like Kenya and Ethiopia. It’s just last month the group invaded Eastern Ethiopia, but the move was repulsed.