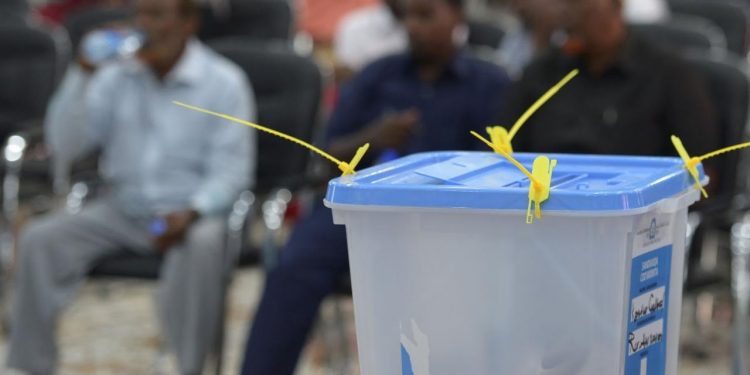 When Prime Minister Hussein Roble landed in Kismayo on Wednesday, the trip’s significance was not just that a senior government official was touring one of the federal states they have had trouble engaging with.

Granted, PM Roble’s appearance in the Jubbaland capital was good for optics: The Federal government had been on a collision course with Jubbaland for most of President Mohamed Farmaajo’s tenure. At one time, Farmaajo even declined to recognize Jubbaland President Ahmed Madobe, based on what was seen as periodic elections there in August 2019.

Therefore, Roble’s arrival was a signal that the federal government was choosing to seek a political solution rather than be stuck in the logjam of procedural technicalities. Put it the other way, Jubbaland may have skipped the law in doing certain things, but it is still a helpful cog in the rebuilding project for Somalia.

However, the immediate benefit of Roble’s visit is in working day and night to ensure the planned elections go smoothly. But unfortunately, in Somalia, good plans can permanently be ruined by one loose nut in a leader or some curtailment by militant group al-Shabaab. This is why we think the trip to Kismayu was vital because it told us the number of things Roble and his officials must do to ensure we have free, fair, and credible polls.

First, by touring the federal regions with possible troubles ahead, Roble will get a chance to hear from local officials and the people on the ground on what needs to be done. For example, in Jubbaland, there is a race against time to ensure communities in Gedo reconcile and agree on venues for elections. With the timetable drawn and elections due from July 25, a day is crucial to iron out those issues. There is no need to plan for a national event only for folks in Gedo or any other place to ruin the plan by refusing to participate or haggling were to conduct the polls.

As Somalia continuously grows in the federation, the role of federal states becomes even more critical at this time of elections. In a country with a two-tier security structure, the security services provided by the federal states are going to be crucial. Unfortunately, Somalia’s Federal Government itself is shorthanded on security resources. The federal governments must plug this gap and work hand-in-glove with the National Consultative Council, which Roble chairs to ensure security for the elections, participants, and venues.

As elections approach, proper awareness may be needed, even for the veteran clan elders, on just what role they will play. No government entity knows its locale better than a federal administration. They probably know the real identities of these clans and their elders and learn how to select voting delegates. Somalia’s lack of a national database on civilian registrations is a big undoing. But federal states, through their localized craft of knowing people, can verify if someone belongs to Shabaab’s, is a turncoat supporter, or a patriotic citizen. That alone can help prevent a suicidal renegade from walking into a crowd of peace lovers and causing harm.

We suggest this with caution, of course, knowing well that in the past, some overreaching federal state leaders herded their loyalists to vote, leaving out’ enemies.’ Nevertheless, it would be naïve not to see that federal-state leaders are as interested in the political achievements of their own as those in the federal government, hence frictions that we have seen over time between Mogadishu and Puntland, for example, or with Jubbaland in Gedo over the deployment of national security forces.

The safety valve, so far, is in dialogue. Let the PM tour the country, gather suggestions, and sift through to ensure the small things that matter are addressed before it is late.