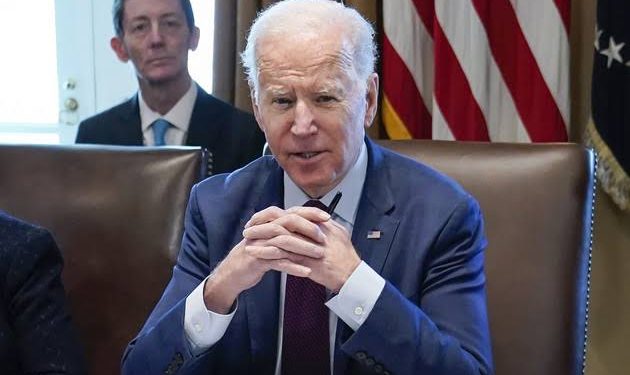 𝐖𝐀𝐒𝐇𝐈𝐍𝐆𝐓𝐎𝐍- US President Joe Biden is under extreme pressure to redeploy soldiers to the federal republic of Somalia, a report published by The Mill shows, just over a year after they were repositioned elsewhere in Africa.

The US had at least 700 soldiers in Somalia. Still, most of them were repositioned in January 2021 following an Executive Order signed by former President Donald Trump, who insisted that the move cut “costs.”

According to Wall Street Journal, top officials in Pentagon now want Biden to take a bold step and send Special Forces to Somalia to help in the fight against Al-Shabaab. The Al-Qaida linked group has heightened attacks throughout the electioneering exercise in Somalia.

The commandos, training local fighters to defend against al-Shabaab, mainly were moved to nearby Djibouti and Kenya. Now the U.S. military wants to White House to move those forces back to Somalia, the officials said.

“Since U.S. forces have come out of Somalia last January, we assess there is an uptick in al-Shabaab activities,” as the group faces no current pressures and has “freedom of movement,” a senior U.S. intelligence official told the outlet.

“If there continues to be no pressure on [al-Shabaab], the concern would be that they would become a threat to the homeland.”

Although the US left Somalia, there have been direct contacts in which they have continued to support elite Danab Special Forces. There were just ten airstrikes in Somalia in 2021 compared to 72 in the previous year, with just one this year.

The Department of Defense estimates close to 7000 Al-Shabaab militants in Somalia, who have continued to wreak havoc in the Horn of Africa nation. The fighters can plot small to large scale sporadic attacks, US Africa Command noted.

While the African Union Mission Forces [AMISOM] and the Somali National Army [SNA] carry operations on land, the US has been assisting with aerial surveillance. Last week, the US team helped SNA troops to kill over ten Al-Shabaab militants.

Biden has significantly reduced the airstrikes even as his officials continue to push for the redeployment of soldiers to Somalia. During the assessment, which was part of a more comprehensive look at where to redistribute U.S. forces overseas, U.S. commandos visited Somalia to train the local elite fighters unit.

But senior defense officers argue it would be more effective to have local soldiers fight and train alongside U.S. special operations troops in Somalia. It would also be easier to coordinate air attacks with soldiers on the ground.

“I believe we will be permitted in the near term to be able to have a more persistent presence in Somalia,” a senior military official told the Journal.  The Hill is yet to get a response from the Department of Defense over the latest twist.