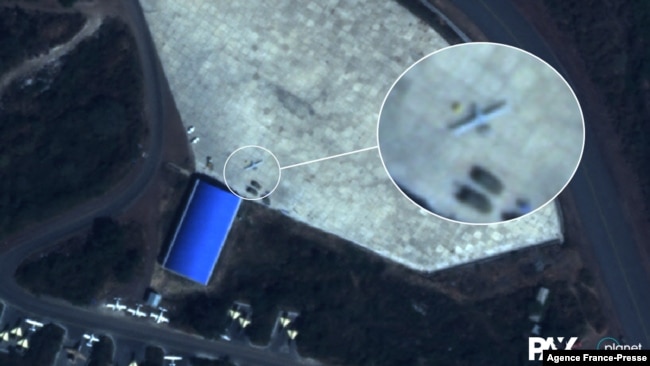 Despite calls for a ceasefire in Ethiopia and subsequent dialogue, the war between Ethiopia National Defense Forces [ENDF] and the Tigray Defense Forces [TDF] seems far from over, with the former now intensifying airstrikes within Tigray.

Months after ground combatants, the Ethiopian military seems to have entrusted the Air Force wing to carry operations in Tigray using drones, which have left hundreds of people dead. Turkey was recently accused of exporting drones to Ethiopia without monitoring.

A report filed by The Voice of America [VoA] cites an incident on January 10 near May Tsebri, a town located in the Tigray region, which left at least 17 people dead. Witnesses say the unmanned aerial vehicles floated above the mill and then attacked.

“A witness told me that the drones came and hovered a bit before dropping bombs. Then people panicked, but after some minutes everyone heard huge shouting, and they went to the scene to see that women and donkeys died,” an aid worker told Agence France-Presse.

Data collected by the United Nations in collaboration with aid workers indicate that over 100 people have been killed from the airstrikes in the Tigray region since the beginning of 2022 despite the decision by TDF to retreat in December 2021.

Abiy Ahmed has been a visitor to Turkey in recent months, and critics insist he went to secure drones. While Turkey sits of selling drones, it has denied reports that the exportation rate remains unregulated.

Wim Zwijnenburg is a humanitarian disarmament project leader with PAX, a Netherlands-based organization that studies global conflict and researches the use of military technology. He worries other countries may follow Ethiopia’s lead and use drones to address domestic challenges — military or otherwise.

New @planet satellite imagery from mid December 2021 reveals that Turkish TB-2 drones are now also based at Bahir Dar, an Ethiopian air force base. This puts them within range of the recent reported drone strikes in Tsebri, #Tigray that killed 17 civilians. pic.twitter.com/eYhD1jB7Hb

“The concern with drone use in the region is that it lowers the threshold for the use of lethal force — in particular in situations which are not armed conflicts — which is very worrying because that kind of means and methods can be easily seen as a sort of easy fix for a complex issue,” he told VOA in a video interview.

Experts believe their use in the Ethiopian civil war goes a step further and may set off an arms race with other countries seeking to acquire the technology. However, Addis Ababa authorities have persistently denied the claims despite concrete evidence obtained by aid workers.

“This is a time where we can fight with a button,” Ethiopian Air Force Lt. Gen. Chief Yilma Merdasa said in November 2020, speaking to state media. “Sitting at a bureau, pressing the button we want, we can destroy the target. We’re building the air force this way.”

Despite a communication blackout in the Tigray region, international experts like Zwijnenburg sought tangible evidence to confirm where drones were being used and what types. In particular, they wanted to know where the drones were stationed and if they were being operated from neighboring Eritrea, where the United Arab Emirates has a military base it uses in the fight against Houthi rebels in Yemen.

Zwijnenburg said there is evidence that Ethiopia is now on that list. He noted increasing flight traffic over the summer in and out of Ethiopia from Iranian airplanes, including one associated with the Iranian Republican Guard and sanctioned by the U.S. Treasury Department.

“They have been using and also exporting to various states and non-state actors in North Africa and the Middle East over the last couple of years,” Zwijnenburg said.

“And even though the evidence is not conclusive, we clearly can indicate, based on the shape of the drone, the size, the armament and also the type of ground control station, which was shown on the footage, that there’s a strong indication that these are indeed Iranian armed drones.”

Several email inquiries VOA sent to the Office of Ethiopia’s Prime Minister and Billene Seyoum, the spokeswoman for the prime minister, asking for details about the purchase and use of drones went unanswered.

Experts fear that Turkey intends to sell armed drones to other African countries. Turkey currently has military cooperation agreements with 25 African countries and sold drones to Morocco. Erdogan, who visited Africa last summer, recently bragged about how other countries are interested in acquiring the lethal technology.

“Even in Africa, they asked for drones and armed drones wherever I went,” Erdogan said in October while visiting the factory of the Turkish drone maker Baykar, Al-Monitor reported.

“Having increased use of weaponry is not the way that’s going to stabilize Ethiopia, that’s going to address the grievances that Ethiopians have, that’s going to lead to the type of prosperity that [Abiy] himself says is his goal for Ethiopia,” the White House official said during a call with reporters.

“With the increase of exports and proliferation of drones, including to Africa, our concern is that more African states will be applying this method of using armed drones,” he said. “Even in domestic operations against suspected militants, I think that’s a larger concern, which I think African states, including and also the African Union, should address, and there are various civil society groups and legal experts in Africa who’ve expressed those concerns.”

On Wednesday, Kenya’s President Uhuru Kenyatta wrote to Addis Ababa over the escalating war in Tigray, noting the need for urgent reconciliation between the two parties. The US has been working closely with Kenya over the ongoing conflict in Ethiopia.