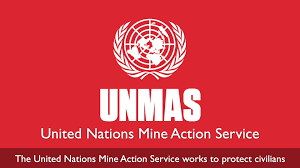 The United Nations is under pressure to compensate families of nine people killed in 2019 by the Al-Shabaab militants. This group controls large swathes of rural central and southern Somalia.

The victims were clearing bushes, a project funded by the United Nations when the attack occurred. For the umpteenth time, their families have called for transparent investigations of the incident before compensation is done.

The families say their relatives were instructed to conduct semi-military activities without proper security protection. Guards recruited to give them protection were on a breakfast break at the time of the attack. According to documents seen by VOA Somali, the victims have received death threats. According to the workers’ coordinator, the threats came from people claiming to be al-Shabab militants.

“We did not get justice,” says Jama, the son of one of the workers killed. “We need a thorough investigation and accountability.”

Reports indicate that the incident occurred on February 25, 2019, almost three years ago, along Mogadishu-Afgoye road. Al-Shabab uses the bushes to hide improvised explosive devices. Cutting the grass was specifically intended to remove trees to deny Al-Shabab the opportunity to plant IEDs.

The U.N. now says it has reviewed the incident and held discussions with the contractor. As a result, the contractor completed providing “financial aid” to the families of those killed and those injured in the attack, the U.N. told VOA Somali.

On June 5 this year, UOS officers met with the victims and their families in the district commissioner’s office in Afgoye, UNSOM spokesperson Ari Gaitanis told VOA Somali.

Documents seen by VOA show UOS decided to pay $7,920 to each of the nine families who lost loved ones and $3,960 to each of the four people injured in the attack. The families condemned the payment figures as an “insult.” Families say they do not know how the amount was determined.

Gaitanis says compensation money was “determined in line with international insurance practice for death and injury benefits, as applied to Somalia’s context.”

Legal expert Dahir Mohamed Ali disputed the money can be characterized as “compensation.” He said in the absence of a written contract between the employer and the casual workers, as in this case, the two parties have to negotiate a settlement.

If they cannot reach an agreement, they may approach a local court to decide. In this context, Ali said the law existing in the area of operation — Somalia — applies. He said Islamic law, which usually is used by Somali courts, awards the killing of a male person 100 camels [$100,000] while the blood money for a female person is 50 camels [$50,000].

Abshir Ahmed Mohamed, a Somali lawmaker supporting the families’ case, says he has received a letter from the program director of UNMAS in Somalia, Qurat-ul-Ain Sadozai, about the incident and the payment. Mohamed says Sadozai told him that payments by UOS do not constitute an admission of responsibility or liability on the part of UOS or U.N. organizations.

Mohamed, the outgoing deputy speaker of Somalia’s upper house of parliament, says he wants to see Somali families receive their “full rights.” He said an investigation involving the Somali government and the United Nations is necessary to find out what happened and who was responsible for the negligence.

Al-Shabaab militants have been waging small to large-scale attacks in Somalia and its borders. Still, efforts of the Somali National Army and the AMISOM troops have significantly degraded the militants. The US says there are close to 7000 active Al-Shabaab fighters in Somalia.