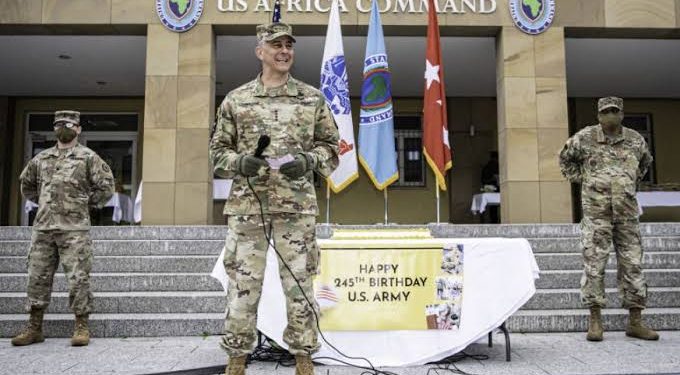 𝐖𝐀𝐒𝐇𝐈𝐍𝐆𝐓𝐎𝐍- The US Africa Command is to blame for poor preparedness in the Al-Shabaab attack at Manda Bay base within the republic of Kenya, a report published by the Stripes.com reveals, over two years after the militants killed three US nationals.

The Manda Bay base attack was the first successful raid by the Al-Qaida linked group, initially failing to break into Balligodle airbase in Somalia. The attack in Kenya raised questions about the preparedness of the US Africa Command.

A top Pentagon official on Thursday said two damning pieces of evidence into the incident hold US troops guilty of incompetence and inadequate preparations. Pentagon had pledged to investigate the incident and take action.

Security forces from the US charged with protecting the tiny Cooperative Security Location Manda Bay on Kenya’s coast were “insufficiently prepared” for their mission, troops were not aware of intelligence they could be targeted, and “problems with mission command” contributed to failed security at the post, an Army command investigation and a subsequent independent probe of the incident ordered by Defense Secretary Lloyd Austin found.

Though several service members were ultimately punished for negligence in connection with that attack, investigating officials found the deaths were primarily the result of the complex attack launched by well-trained enemy forces, the Defense site reports.

After the attack, The New York Times, citing sources in Kenya, squarely blamed the Kenya Defense Forces [KDF] for failing to offer enough protection to their US counterparts during the attack. The report claimed KDF troops had hid in nearby thickets, a claim dismissed by the Department of Defense in Kenya.

The Al-Shabaab released five militants killed in the encounter, with only two being Somalis. The militants celebrated the attack as a “success” in a widely circulated video by their proxy media houses, arguing that it was a major “setback” to the US.

The US has been a critical counterterrorism partner in the East Africa region, deploying many troops to the friendly nations. According to the Department of Defense, there are close to 6,000 US troops serving within Africa, with most of them being domiciled in Djibouti.