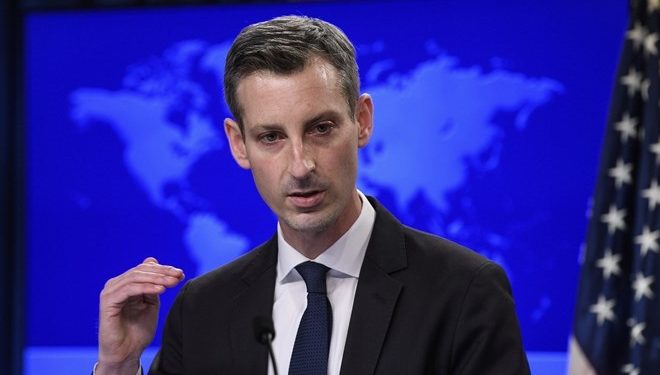 He further noted that the electoral exercise is behind schedule

 US threatens to take action against Somalia leaders sabotaging elections

WASHINGTON – The United States has threatened to take actions against Somali leaders derailing elections, adding that there is a need for the national leadership to ensure the recently signed agreement on elections is adhered to.

On Sunday, the National Consultative Council [NCC] signed a pact which would see Lower House elections are concluded by February 25th this year. Prime Minister Mohamed Hussein Roble was the chairperson of the meeting.

In a statement, State Department spokesperson Ned Price said the US will not hesitate to take actions against those derailing the exercise, adding that the US would consider travel bans for those linked to sabotaging the exercise.

He further noted that the electoral exercise is behind schedule, noting that the country must ensure irregularities and illegalities are corrected. The opposition has persistently accused the government of rigging elections in favour of Villa Somalia allied candidates.

“We call on all of Somalia’s national and federal member state leaders to adhere to the newly agreed timeline and correct the procedural irregularities,” Ned Price, who is the spokesperson of Secretary Blinken noted.

President Mohamed Abdullahi Farmaajo had fallen out with Prime Minister Mohamed Hussein Roble over the elections, with Farmaajo at some point purporting to have suspended Roble. The PM got massive support from the opposition and international stakeholders.

Farmaajo has been persistently accused of dragging the exercise by imposing candidates friendly to him as he eyes to retain his seat in coming weeks. A number of MPs have been elected but the opposition has called for the cancellation of the outcome of some constituencies.