Filsan, who resigned last year, argued that Abiy Ahmed did not deserve the Nobel Peace Prize 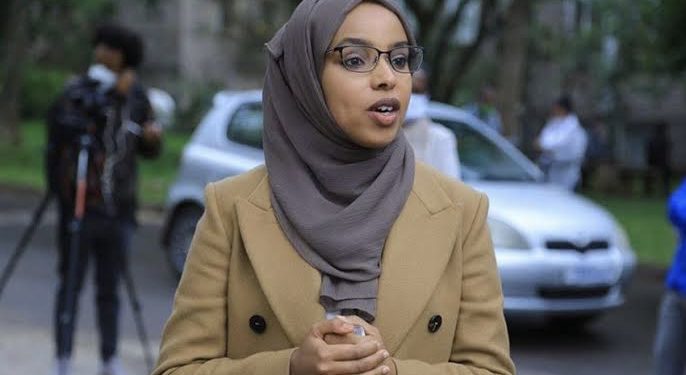 The integrity of Ethiopia’s Prime Minister Abiy Ahmed has once again been questioned by a former government insider, who poked holes into the administration amid escalating the Tigray conflict.

Filsan Abdullahi Ahmed, the immediate former Minister for Children and Youths, insisted that PM Abiy Ahmed had fallen short of expectations. As a result, the country could plunge into chaos in the Horn of Africa nation.

Filsan, who resigned last year, argued that Abiy Ahmed did not deserve the Nobel Peace Prize, citing the ongoing war in Tigray, which has left hundreds of people dead. The war started in November 2020.

“We have a PM who is holding a Nobel Peace Prize in one hand and a gun in the other,” she told CNN during an interview. Before her resignation, the former minister, who hails from the Somali region, had openly expressed dissatisfaction with the government.

Ethiopia, she noted, may never progress due to stalled reforms under the administration of Abiy Ahmed. As a result, according to her, the people of Ethiopia have lost hope despite having believed that situations will change under Ahmed.

The Ethiopian system of governance is not reformable from within, she added. “Abiy can’t heal a country divided by the Tigray conflict.”

“With a young Prime Minister, we had hopes of making the country a step ahead, but those hopes have been dashed.  He has mishandled the whole situation in Ethiopia. We were not expecting this situation in the first place,” she noted.

The former minister insisted that she is not concerned with trolls criticizing government critics. Instead, she emphasized that telling the truth would let Ethiopia know those misleading the people amid the ongoing war.

“I have been in the government, and I was there from the beginning, vocal as usual. I questioned the safety of women and children when this war broke out. We shall still speak regardless of what our people call us or name us. We have to speak when we see injustices,” she added.

“Nothing much has changed. Rape is still inflicted on women. Abiy Ahmed cannot be a referee and a player at the same time in the field,” Filsan Abdullahi Ahmed said, adding that the international community should take responsibility and save Ethiopians.

There have been efforts to solve the conflict, but Addis Ababa and Mekelle are yet to find terms. At the beginning of this year, Abiy Ahmed said he was ready for reconciliation, but TDF has accused him of imposing a blockade on Tigray besides using drones to attack locals.

Supreme Court under pressure to throw out Fahad Yasin’s case