The border has been under high surveillance due to constant infiltration by Al-Shabaab militants who control large swathes of rural central and southern Somalia. 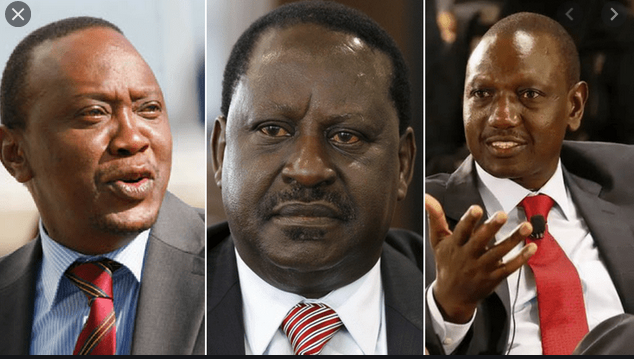 NAIROBI, Kenya – The full uninterrupted re-opening of the porous Kenya-Somalia border has seemingly dominated politics of the East African nation ahead of the August 9th presidential elections, which have seen candidates pitch tents in the Northeastern region.

Although sparsely populated, the northeastern region of Wajir, Mandera, Garissa, and Isiolo counties could play a key role in determining the winner, thus the high-profile politics. Opposition leader Raila Odinga who is enjoying support from the incumbent President Uhuru Kenyatta has been campaigning in the region since Friday.

Raila said that the border will be opened to enable business flow between the two countries. The border has been under high surveillance due to constant infiltration by Al-Shabaab militants who control large swathes of rural central and southern Somalia.

“We shall put in place all that is required to ensure operations at this border so that we can freely interact with our Somalia brothers,” he said.

The Azimio presidential candidate who was accompanied by his running mate Martha Karua and among other leaders promised to ensure security improves in Mandera and in the larger North Eastern Region.

Al-Shabaab militants have been targeting the region for the last decade, leading to the deployment of Kenya Defense Forces [KDF] soldiers across the border. The latest incident was on Thursday when armed militants stopped a bus coming into Mandera and lectured passengers for at least two hours.

Raila said he had stood with the region for decades noting that he has always meant good for Northeastern. The former Prime minister said his government will focus on improving infrastructure in the region so as to open it up to the rest of the country.

The former Prime Minister is also set to address supporters at Dadaab on Monday, just near the world’s biggest refugee camp. The camp has been on spot by the Kenyan government over breeding of Al-Shabaab, leading to calls for immediate closure.

But Mr. Odinga has been insisting that his administration will find the best way of eliminating terrorists without necessarily interrupting the normal livelihood of people. He’s facing challenges from outgoing Deputy President William Ruto.

PM Hamza Abdi Barre: This is my promise to Somalia