Robow denounced violent extremism publicly and was received by officials from the Somali National Army who vowed to work closely with him. 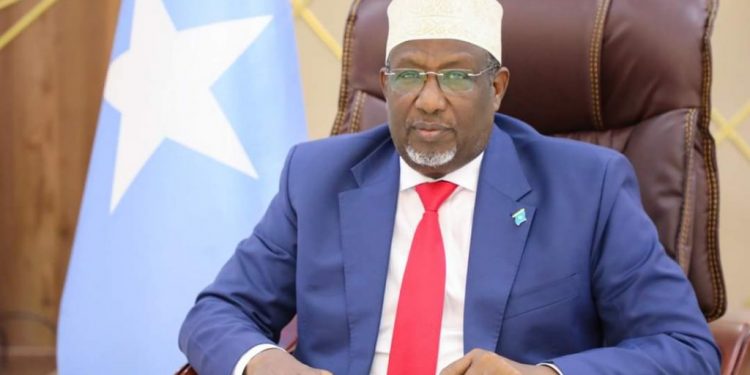 MOGADISHU, Somalia – Lower House Speaker Aden Sheikh Madobe has yet again criticized the manner in which former Al-Shabaab deputy leader Mukhtar Robow was arrested and detained, in what could trigger an audit for all political prisoners in Somalia.

Since 2018, Mukhtar Robow, who openly denounced violent extremism, has been in political detention without any charges, despite resistance from members of his family and dozens of human rights groups in the Horn of Africa nation.

In an interview with the BBC Somali Service, Speaker Madobe insisted the former Al-Shabaab deputy is being held “unjustly”. The speaker becomes one of the most senior politicians in Somalia to call for the release of Robow, who had expressed interest to run for a political seat.

Speaker Aden Madobe noted that Mukhar Robow had defected from Al Shabaab and surrendered to the Somali government, adding that the former administration of Mohamed Abdullahi Farmajo did not have any justification to arrest and detain him.

Madobe revealed in the interview that the former President Farmajo government had given Mukhtar Robow a diplomatic passport and allowed him to run in the 2018 presidential election in the South West, clear evidence that the administration was wrong to detain the former Al-Shabaab deputy.

Robow denounced violent extremism publicly and was received by officials from the Somali National Army who vowed to work closely with him. And moments after his grand announcement, he immediately joined politics in Southwest state.

But his entry into politics rattled Farmajo and his allies who conspired with Ethiopian National Defence Forces working with African Union Transition Mission troops [ATMIS] to arrest him. The Baidoa incident left 11 people dead as the soldiers opened fire.

Early this year, Robow claimed he was completely sidelined from accessing his family or legal representation, adding that even communication means were not available. The corner administration denied the claims and to date, it’s not clear if the administration of Hassan Sheikh Mohamud will let him go.