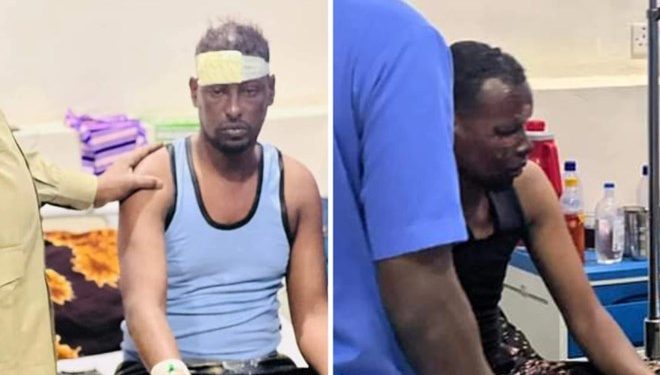 MOGADISHU, Somalia – The Committee to Protect Journalists [CPJ] now wants authorities in Somalia to investigate an incident in which two reporters were injured in an explosion that left at least three people dead, despite security guarantees in the Horn of Africa nation.

On Friday, CPJ called for investigations into the injury inflicted on Abdikarin Mohamed Siyad and Khalid Mohamud Osman, who was covering an anti-Shabaab attack. Journalists usually have exclusive access to coverage of news regardless of the territories.

Last week, a vehicle carrying the journalists along with government and military officials was damaged by an explosive device in the town of Qabno, in Somalia’s central Hiiraan region, in Hirshabelle state, according to multiple media reports.

A joint statement issued by Somali Journalists Syndicate [SJS] and the Somali Media Association [SOMA] confirmed that indeed the incident took place. The reports alternatively refer to the explosive device as roadside bombs and land mines.

Hirshabelle Minister of Information, Culture, and Tourism Mohamed Abdirahman confirmed the incident, saying Abdikarin and Khalid, reporters with the state-owned HirShabelle TV in an explosion that left at least 3 people dead.

“The constant threat of physical attack looms darkly over Somali journalists, and the only way to assuage these fears is to root out impunity and ensure accountability whenever a journalist is harmed in the course of their work,” said CPJ sub-Saharan Africa Representative Muthoki Mumo.

“Authorities should credibly investigate the injuries sustained by journalists Abdikarin Mohamed Siyad and Khalid Mohamud Osman in a recent explosion, as part of broader efforts to guarantee safety for journalists in Somalia.”

Further reports indicate that the two reporters were taken to Guriel Hospital in central Somalia but would later be evacuated to the capital Mogadishu. It’s not an isolated incident though given that in the past, journalists have been attacked by the militants.

Hirshabelle police spokesperson Diini Roble told CPJ via messaging app that police were “working to know the people behind this bombing.”

Al-Shabaab militants have been a menace to journalists in the country with previous reports showing that dozens of them have been executed by the group. The United Nations has been on the frontline calling for sanity and respect for the media industry.