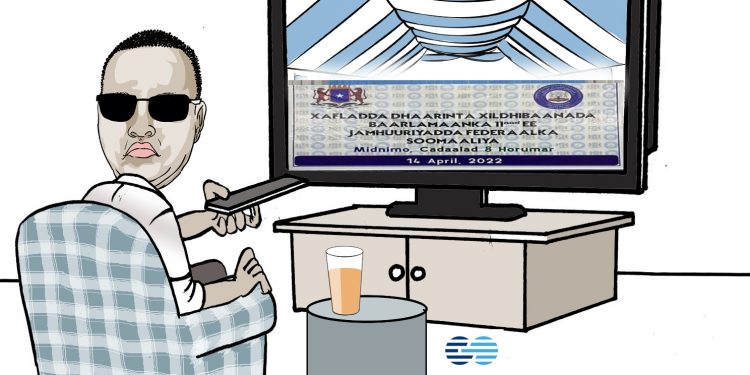 MOGADISHU- After several months of waiting, Somalia will usher in new Members of Parliament (Senators and Lower House members) in a ceremony at the heavily fortified Halane Base Camp that hosts several diplomatic missions.

Organisers have already set the venue ahead of the April 14 swearing-in, with the African Union Transition Mission (ATMIS) beefing up security within the vicinity. The Base Camp is currently out of bounds from members of the public.

Early this week, the Federal Electoral Implementation Committee (FEIT) completed the issuance of certificates to winners of various seats, clearing the stage for conclusion of the exercise which has dragged on for over a year.

Data shared by FEIT indicate that over 245 Lower House members and 54 senators have been cleared ahead of tomorrow’s exercise, further showcasing that the country will ostensibly have a new parliament. But making such strides meant that a lot of compromises had to be taken.

For instance, Prime Minister Mohamed Hussein Roble has been tussling with outgoing President Mohamed Abdullahi Farmaajo over elections, leading to their imminent fallout. While Roble has been calling for free and fair elections, Farmaajo is accused of plotting to install his loyalists.

Meanwhile, former National Intelligence Security Agency (NISA) Director Fahad Yasin, whose victory for HoP086 was nullified by FEIT on grounds that the election was “deeply flawed”, will be excluded from tomorrow’s event.

His wa among the four seats whose results were suspended due to electoral irregularities. FEIT announced last Thursday that fresh elections would be held for these vacant positions.

The nullification triggered intense behind-the-scenes campaigns by Villa Somalia to have the ex-spy chief, now Farmaajo’s national security advisor, cleared. However, Roble stood his grounds. On Monday, Yasin filed a suit at the Supreme Court, calling for his reinstatement.

Yasin’s lawyer, Zakariye Mohamud Ismail, called the decision to suspend HOP086 illegal. He dismissed allegations of wrongdoing in the election.

The Supreme Court has now ordered the Attorney General to respond within two days.

Before moving to the Supreme Court, Yasin also pushed FEIT Secretary Abdirahim Abdiaziz to have him cleared, but the attempts were thwarted by Roble, who immediately dismissed Abdiaziz.

Known as Farmaajo’s “Mr. Fix It”, Yasin has been linked to the team sabotaging electoral process and ordering deployment of security teams to regions where Farmaajo is unpopular. Yasin, critics argue, is determined to have Farmaajo re-elected.

The former spy is also linked to the untimely murder of Ikran Tahlil, a cyber-security chief in NISA, a claim which he denies. Despite NISA’s claim that Ikran was killed by Al-Shabaab, critics insist Yasin was directly involved. Al-Shabaab have also denied involvement.

With MPs facing judges on Thursday, it effectively means Yasin will be watching from the sidelines and may after all struggle to influence presidential outcome. The former Al-Jazeera journalist is also believed to be an undercover officer for Qatar, which has special interests in Somalia.

On Wednesday, FEIT chairman Muse Gelle Yusuf and members of the committee arrived in Baidoa to find a solution over the disputed three seats, whose results were suspended by the committee.

While in town, Muse Gulle Yusuf will meet with the president of the South West State and the State Electoral Implementation Committee officials to listen to their complaints. South West claimed to have cut ties with PM Roble due to nullification of four Lower House seats.