Mo Farah's real father Abdi, was killed in 1987 by stray gunfire when he was four years old, in civil violence in Somalia. 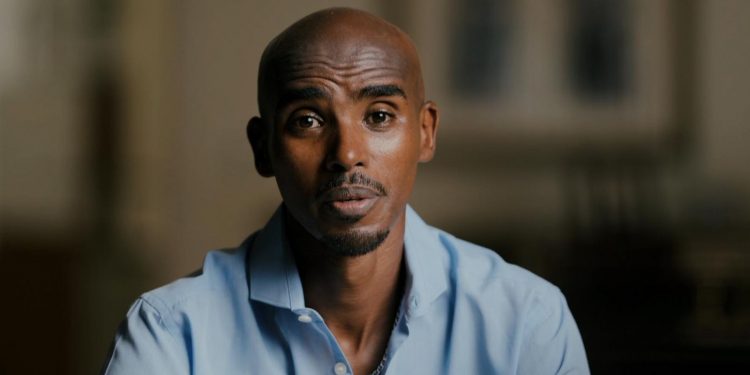 LONDON – Britain’s most decorated Olympian Sir Mohamed Farah has for the first time opened up about his dark past, narrating how he left his native Somalia for the United Kingdom, where he has prospered as an athlete for almost a decade.

In a BBC documentary, Mo Farah revealed that he was illegally brought to the United Kingdom where he was forced to work as a domestic servant. At that time, he said, he was flown out of Djibouti as Mohamed Farah instead of his real name Hussein Andi Kahin.

According to the decorated athlete, he was flown over from the east African country aged nine by a woman he had never met, and then made to look after another family’s children when he arrived in the UK.

“For years I just kept blocking it out,” the Team GB athlete says. “But you can only block it out for so long.”

Previously, Mo Farah claimed he came from Somalia to the UK with his parents as a refugee, something which he now disowns.

But in a documentary by the BBC and Red Bull Studios, seen by BBC News and airing on Wednesday, he says his parents have never been to the UK – his mother and two brothers live on their family farm in the breakaway state of Somaliland.

Mo Farah’s real father Abdi, was killed in 1987 by stray gunfire when he was four years old, in civil violence in Somalia.

Sir Mo says he was about eight or nine years old when he was taken from home to stay with family in Djibouti. He was then flown over to the UK by a woman he had never met and wasn’t related to.

She told him he was being taken to Europe to live with relatives there – something he says he was “excited” about. “I’d never been on a plane before,” he says.

The woman told him to say his name was Mohamed. He says she had fake travel documents with her that showed his photo next to the name “Mohamed Farah”.

A fake document, showing Sir Mo’s photo next to the name “Mohamed Farah”, was used to bring him into the UK When they arrived in the UK, the woman took him to her flat in Hounslow, west London, and took a piece of paper off him that had his relatives contact details.

“Right in front of me, she ripped it up and put it in the bin. At that moment, I knew I was in trouble,” he says.

Sir Mo says he had to do housework and childcare “if I wanted food in my mouth”. He says the woman told him: “If you ever want to see your family again, don’t say anything.”

“Often I would just lock myself in the bathroom and cry,” he says.