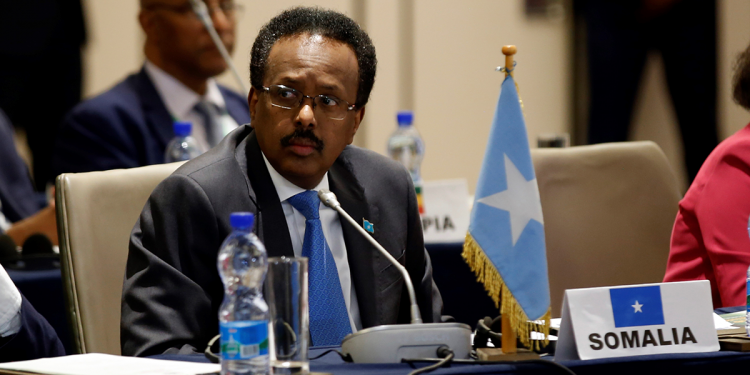 EDITORIAL: There are many things the government of Mohamed Farmaajo didn’t fulfill in the four years he had the mandate. For example, Somalis have continued to look over their shoulders for their safety, the threat of famine has always hung over us, and Somalia’s foreign policy is chaotic.

But one more thing this outgoing regime will never escape from is Somaliland. Somaliland, a region that declared independence 30 years ago, is legally a part of Somalia because no one has ever recognized that independence. So there is always the inherent danger of breaking up Somalia further should we go that route.

Yet Somaliland persists as a problem because Farmaajo refuses to face it and deal with it. Picture this week when the House of Commons in the UK debated the issue of Somaliland independence. During the adjournment motion on Tuesday, the debate was never going to be binding, but it gave Somaliland a platform to show that theirs is more organized lobbying than Mogadishu. The UK government has since downplayed the debate as just a consistent act with the known British policy: Somaliland and Somalia have to sit down and talk.

Yet, in the aftermath, there was no formal rebuttal from Mogadishu. There was no formal comment. Instead, an angry minister threw a Twitter jab at the MP who presented Conservative Gavin Williamson’s motion. The bad thing with that is that an angry tweet hardly proves one’s resolve at a policy. In any case, Somalia knows one day Somaliland will begin lobbying, use foreign politicians, and even pay lobbyists.

They do this because they feel Mogadishu is unattractive, chaotic, and unsafe. Suppose Farmaajo should have done one thing to make being in Somalia more comfortable than being without. He should have persuaded Somaliland to continue working for the Union by implementing his promises: a new constitution, tame graft, tackle al-Shabaab, and all the things that have bedeviled Somalia.

But it has failed. And Somaliland doesn’t feel attracted to that chaos. Moreover, Somalia is in a better position, given the international community has always advised Somaliland to discuss their self-determination issue with Mogadishu. And there is a big chunk of people up in the north who would like to remain in the Union, not to mention the advantages of staying as one.

Mogadishu cannot continue sitting on its hands, hoping to bat away the Somaliland question. In the past, when leaders from both sides met, it was agreed that a committee would work out a structured dialogue. Instead, Mogadishu seems to have shelved the file, hoping that Somalilanders will forget and settle.

Somaliland may legally still be in Somalia. But the agitation to leave will not stop if folks up north see it better being out of the Union. It is up to Mogadishu to entice every Somali to love their country. Angry statements, twitter insults, and threats from bloggers will not convince Somaliland that they are welcome.

Let Somalia have some vision, one which it can use to persuade those who want out to remain and those who are out to come in. It is how countries build unity.