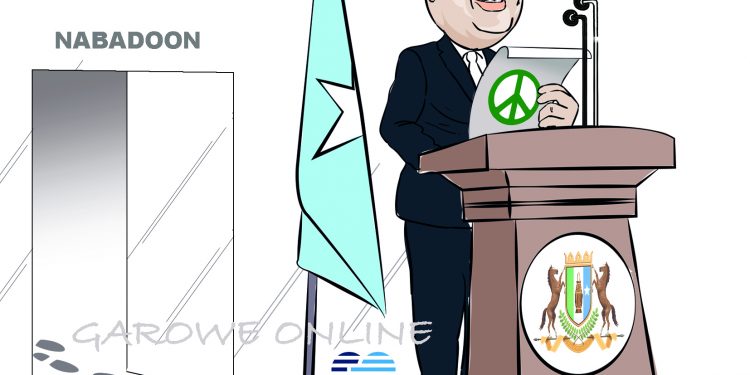 EDITORIAL | They say good leaders aren’t always right. God leaders realize the need to compromise whenever their way becomes a source of hostility.

For Puntland President Said Abdullahi Deni, this mantra seems to have reached his belly ON Thursday after he rescinded the decision to sack the commander of Puntland Special Forces (PSF) Mohamud Diano.

By decree, Deni overturned a decision he made last October when he sent packing Diano. Deni also appointed Haji Khayr as head of the Puntland Intelligence Agency.

But it is, the re-appointment of the former PSF commander could mark an essential step for Puntland security. When Diano was fired in October, clashes sprouted in the commercial city of Bossaso, fueling the closure of shops and the port business there and hundreds of people fleeing for their lives.

PSF’s key foot soldiers had mutinied, and the clashes with government forces meant the security they were charged with guarding was no longer a priority.

What that meant was that al-Shabaab or the terror cells of ISIS could likely thrive. In this circumstance, everyone would lose.

Yet Deni, probably having weighed the pros and cons of firing his commander of PSF, decided he had overreached. There are circumstances when a leader, even when right, shakes both fruits and leaves from a tree, leading to its slow death.

The thing is, Deni may still have been correct to fire Diano. After all, PSF, an elite force trained by Americans, was one of the specialized units that helped Puntland steady its ship against extremism. Its leaders, therefore, must be beyond reproach and only serve within the law.

But there are reality checks too. Somalia’s nascent institutions mean that compromise is vital. The PSF existence, for example, is based on no clear law on how they fit into the federal structure and the Somalia National Army. It has therefore existed as a semi-autonomous unit of Puntland forces, leading to a vacuum on what happens to the rank and file of the PSF. While the team is not above the law, the absence of clarity means no leader; Deni included, can take chances of breaking it up.

Yet there is one more thing. The PSF fiasco had attracted undue attention, if not interference, from the Federal Government, risking the whole stability of Puntland. It is fortunate that Deni realized this too and outsmarted what would have been an irreparable maneuver by the government of Mohamed Farmaajo and which would have plunged Somalia further into chaos.

Deni may have angered those who supported his earlier decision in October. But what he has done is to repair possible fissures of the conclusion created in the security forces. Puntland, and indeed, Somalia needs all its eyes on the ball and time al-Shabaab. A distraction may be a quick profit for one politician, but the calamity of it can befall everyone on Somali soil.