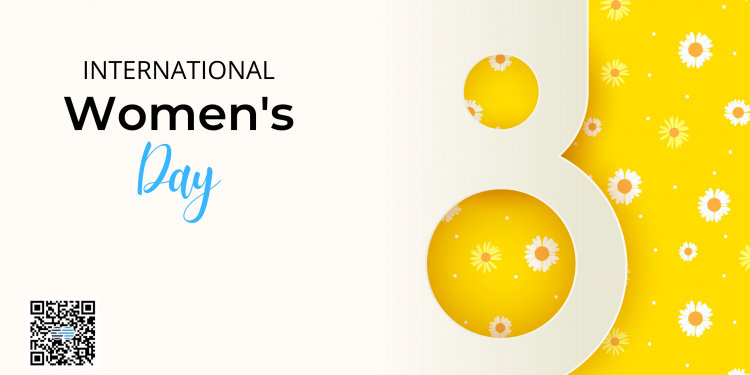 An Economist article last year, “Why Nations that Fail Women Fail”, caught my eye. It reported that peace lasts longer when women are at the negotiation table, whereas societies that oppress women are far more likely to be violent and unstable.

Despite some progress, Somalia’s gender inequality remains alarmingly high – the fourth highest in the world. Any country loses if it ignores the skills, experience and voice of over half its population. Whereas a society which makes the most of the potential of both its men and women gains immensely, not least in terms of greater stability, economic growth and political development.

Since I became Ambassador just over a year ago, I have been fortunate to meet many inspirational Somali women – strong women using their voice to seek a more equal society.

But their stories of struggle and hardship demonstrate the many challenges which confront women and girls here. For example, tragically, Somalia has the highest rate of female genital mutilation (FGM) in the world, with 99% of girls subjected to the practice. Somalia also has one of the highest maternal mortality rates globally, with a shocking 829 out of every 100,000 women giving birth. Every child should have an education, yet 72% of Somali girls in rural areas have never attended school.

We must acknowledge these challenges and recommit to overcoming them – particularly today, on International Women’s Day (IWD). This year’s IWD theme is “Time to Break the Bias,” encouraging everyone to tackle the issue of gender bias and stereotypes which prevent women from achieving their potential.

As the British Ambassador, I am deeply committed to continuing to support progress for women and girls in Somalia, in particular educating girls, empowering women and girls and ending violence. Helping to ensure they experience the change they need and deserve has been one of my priorities since I arrived here. (A good start in this political season would be more women in politics).

In November last year, I hosted a roundtable with women’s rights activists to mark ‘16 Days of Activism Against Gender-Based Violence’. These dedicated activists underlined the importance of legislation to protect women’s rights. I sincerely hope that 2022 will mark the year that Somalia passes the Sexual Offences Bill and the Anti-FGM Bill, to name just two critical legal measures.

Encouragingly I have also met Somali men who are campaigning for a more equal society. For example, Ahmed Hassan Sadiq is one of the Goodwill Ambassadors championing increased political participation. Another is journalist Hassan Istilla, an Anti-FGM champion supporting initiatives like the Ifrah Foundation’s ‘Dear Daughter Campaign’ (which appeals to parents to stop cutting their daughters).

Women and girls are at the heart of our UK-funded programmes – from health, to education and politics. For example, since 2016 we have helped over 420,000 women give birth with skilled birth attendants, while over 750,000 children have been immunised thanks to UK support.

We have also supported over 100,000 marginalised adolescent girls to access primary school in the last year. As part of a jointly funded project with the US, I was delighted to meet some of them virtually last summer at a local Primary School in Mogadishu.

We, alongside our US partners, are also supporting businesses run by women in a range of sectors, including agriculture, fisheries and renewable energy. In Galkayo for example, we are supporting women-owned co-operative farms to install cost effective solar powered irrigation systems, to mitigate the impact of climate change. This has enabled them to cultivate 40% more land, create new jobs and reduce energy costs by around $700 per month.

The challenge is huge. However, the goal is clear: Somalia will not succeed unless its women have the chance to achieve their potential. As we celebrate this important day, I can assure all Somalis that the UK remains committed to doing what we can to support in this critical area.

Kate Foster is the British Ambassador to Somalia