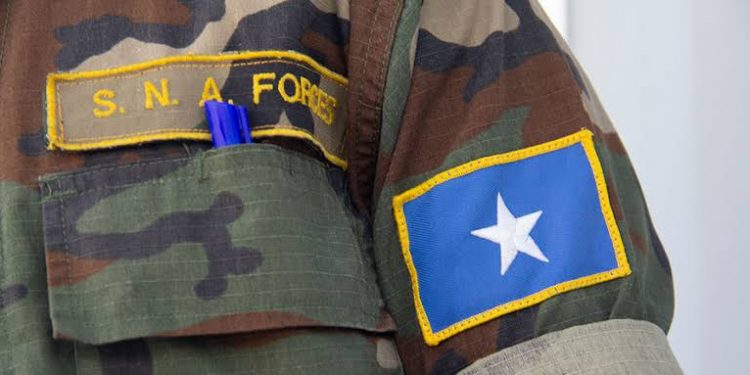 KISMAYO, Jubaland- The Somali National Army [SNA] made significant gains against Al-Shabaab militants on Wednesday, reports indicate, amid a restructuring the peacekeeping mission troops in the Horn of Africa nation.

In a statement, the SNA Force said her troops downed at least ten Al-Shabaab militants and arrested six others during a crackdown at Jamame town in Lower Shabelle, the southern part of the country, which is struggling with instability.

Jamame town has been a significant hotspot for Al-Shabaab activities. The militants lost control of the agricultural-rich town in 2020 following an operation conducted by the SNA and the African Union Mission Forces in Somalia [AMISOM].

“The militants who had been arrested provided intelligence that helped our SNA forces to kill the ten terrorists,” Isak said on the phone, adding the security operation has been going on for about two weeks and will be sustained until al-Shabab militants are flushed out of their strongholds in the area.

There was heavy fighting between the two sides, but the Somali National Army, later on, overpowered the militants, multiple sources indicated. Those injured are still in the custody of the army, awaiting further interrogation.

Al-Shabaab still threatens innocent civilians, security forces, and government officials in Somalia and across the borders. State Department recently said the group was making significant gains due to the prolonged electoral process.

The group heightened attacks last month as the country continued with elections, forcing the African Union to call for a backup. The AMISOM troops are restructured to fit the new mission, ATMIS, which will stay in the country for 33 months.

In addition, the United States is pondering redeploying its troops back to Somalia after almost 15 months of absence. The troops were repositioned last year following a decree issued by former President Donald Trump, who lost to Joe Biden in the 2020 elections.