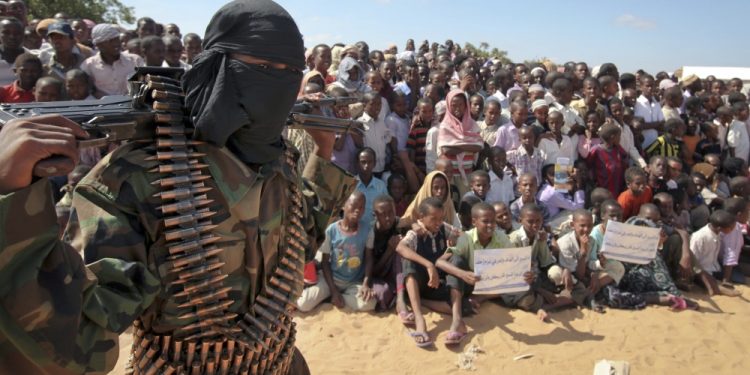 NAIROBI, Kenya – On Saturday, Kenya marked two anniversaries of deadly attacks that left hundreds of civilians and security forces dead, is what caught the country unprepared and perhaps which triggered complex security operations within and along her borders.

The first anniversary was the sixth year after the deadly El-Adde attack which left hundreds of soldiers dead in one of the Forward Operating bases within the Gedo region of Somalia, perhaps the most dangerous attack on Kenya forces in the Horn of Africa.

At least 240 Kenya Defense Forces [KDF] died in the deadly attack, leading to questions about the presence of Kenyan troops in the country. After the attack, the Al-Shabaab militants also attacked the Kulbiyow Forward Operating base a year later [2017], killing 70 soldiers.

The second anniversary involved the Dusit D2 complex attack in Nairobi, the capital of Kenya in 2019. This was perhaps the last large-scale attack by Al-Shabaab within Kenya. The attack led to upscaling of security forces in Kenya and a robust operation against the militants.

Most Al-Shabaab attacks taking place outside Somalia are waged in Kenya, a friendly neighboring country, which has also contributed forces for peacekeeping missions in Somalia. There are close to 3,500 peacekeepers in Somalia from KDF.

Data collected by various security analysts including the Center for Peace and Security of African Union indicate that most Al-Shabaab foreign fighters are recruited in Kenya. They close over to Somalia for training before being allocated duties.

Sometimes back in 2016, Al-Shabaab released a propaganda video showing Kenya fighters wearing pink socks in an unidentified location within Somalia. Kenya started a program of countering violent extremism by persuading them to renounce their ideologies.

“We have given them an opportunity to surrender before we catch up with them. We know the recruiting cells and so far, we have destroyed a number of them. It's time that we urge them to surrender,” President Uhuru Kenyatta said in a past event.

Some of the regions the Al-Shabaab targets for recruitment include Wajir, Mandera, Garissa, and Lamu Counties just along the border. There is also some recruitment done in areas such as Nairobi, Nyeri, and Isiolo.

Kenya has tried and prosecuted several suspected Al-Shabaab members, with some even convicted for their crimes. In fact, three convicts almost ran away from Kamiti Maximum Prison in Nairobi before being rearrested several miles on their way to Somalia.

Andrew Franklin, a former Marine now working as a security analyst within Kenya, says the inability by Kenya to make public reports about attacks and recruitment gives Al-Shabaab the ability to continue shelling the country.

“Six years after El Adde, the government has failed to issue a comprehensive report nor has KDF confirmed/denied numbers of MIA/POW. As for Dusit, much remains “unknown” and to many who should know better believe lessons were learned and that Kenya is much safer!?! Next time,” he wrote.

Currently, there are close to 7,000 active Al-Shabaab fighters across the region but most of them are domiciled in Somalia according to statistics released by the US Africa Command. The Command has been working closely to fight Al-Shabaab within East Africa.