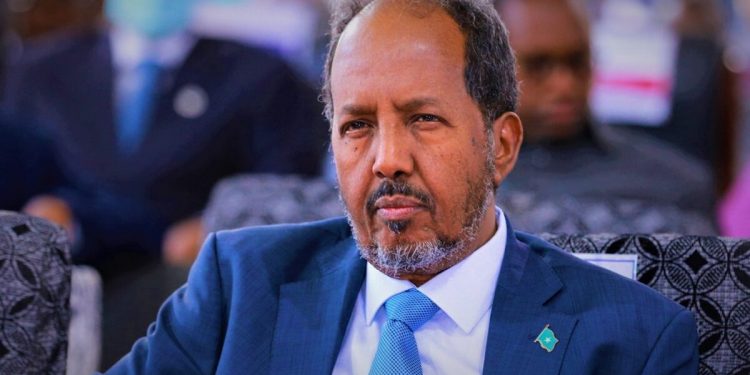 There have been questions about the alleged fraud but stakeholders also issued various conditions to mitigate the problem.

MOGADISHU, Somalia – Former President Hassan Sheikh Mohamud insists the country can conclude Lower House elections within the scheduled time, adding that the country can be able to handle current challenges should there be goodwill from politicians.

The country has lagged behind key electoral dates following internal wrangles pitting outgoing President Mohamed Abdullahi Farmaajo and a host of opposition leaders who accuse him of promoting electoral fraud.

Further, Farmaajo, whose term expired nearly a year ago, is embroiled in a tussle with Prime Minister Mohamed Hussein Roble, the man behind ongoing elections within Somalia. Their differences are yet to be effectively solved.

Hassan Sheikh Mohamud, the former president, said there are possibilities of ending the quagmire should all parties embrace the recently signed electoral pact in Somalia.

Under the current agreement which was signed almost a fortnight ago, parliamentary elections can be concluded within 40 days based on timelines that were set by stakeholders, the former president said.

Mohamud further warned of another election deadline failure that could hold Somalia back to the Transitional chapter and disappoint the international partners who have been supporting the country's state-building process for over two decades.

He said the agreement was binding and should be implemented.

Stakeholders agreed to conclude polls by February 25 to pave way for the presidential election which is now long overdue. There have been questions about the alleged fraud but stakeholders also issued various conditions to mitigate the problem.

There have been claims that Farmaajo is keen to rig in some of his handlers for the sake of winning upcoming presidential elections. He's set to face Sheikh Mohamud, Sharif Sheikh Ahmed, Wadajir party leader Abdirahman Abdishakur Warsame among others.