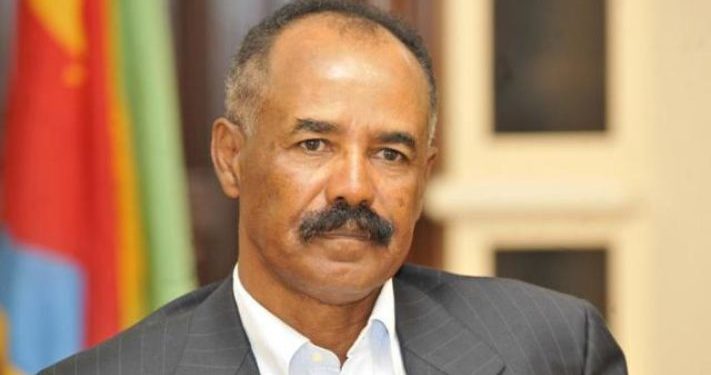 ADDIS ABABA – Hassan Sheikh Mohamud’s comeback as the president of Somalia has already elicited excitement from a number of regions across the Horn of Africa in what could spell the start of new realignments within the region, which has persistently struggled with instability.

But the victory may have triggered a sharp contest for regional blocks and supremacy following the decision by Tigray People’s Liberation Front [TPLF] to join hands with the new administration in Somalia, seemingly laughing off Eritrea’s next move.

Getachew Reda, the spokesperson of TPLF and its military wing Tigray Defense Forces [TDF], predicted that Eritrea’s President Isaias Afwerki’s ambition to dominate the Horn of Africa might have as well collapsed following Hassan Sheikh’s victory in Somalia.

“If what transpired in Somalia elections is any guide, Isaias Afwerki’s pharaonic ambition in the Horn of Africa is decidedly unraveling,” he said. “Let’s see what tomorrow has in store for him,” added the former federal government of Ethiopia’s information minister.

For months now, the Tigray region has been under siege from Addis Ababa, which enjoyed massive support from Asmara and Mogadishu. Afwerki dispatched Eritrea troops to the Tigray region, where they are accused of orchestrating a massacre, and some reports indicate the troops are still there.

Also in the mix are Somali troops dispatched for training by Farmajo in Eritrea. A report compiled by the UN linked the Somali forces to atrocities committed in Northern Tigray, where thousands of innocent civilians are believed to have been butchered in Axum.

Although Somalia refuted the claims, it did, however, admit that over 5000 soldiers are still training in Eritrea, a clandestine move that was immensely criticized by the opposition, then led by Sheikh Mohamud, who was elected on Sunday.

The Eritrea president had formed a Tripartite pact with Farmajo and PM Abiy Ahmed, further rattling senior opposition leaders across the Horn of Africa. The presence of Eritrea troops in Tigray had even elicited condemnation worldwide.

On Monday, the TPLF government, which Abiy Ahmed has struggled to eliminate, congratulated Hassan Sheikh Mohamud, arguing that his loss to Farmajo in 2017 “regrettably created a negative externality in the overall instability; of the Horn of Africa.”

“The historic comeback of H.E President Hassan Sheikh Mohamud, with landslide support, is a testament to the aspiration of the people of Somalia in reversing the downward trend and repositioning the Federal Republic of Somalia to a sustainable and inclusive future,” the group added.

Tigray authorities insist they have complete confidence in the new administration in Somalia. Abiy Ahmed dispatched troops to Tigray when the group’s military wing attacked the Northern Command, inflicting casualties in November 2020.

Before Abiy Ahmed’s ascension to Prime Minister in April 2018, the TPLF dominated the four ethnically-based parties that made up the Ethiopian People’s Revolutionary Democratic Front [EPRDF] since its founding at the end of the Ethiopian Civil War in 1991.

In Somalia, the opposition then under Hassan Sheikh had also accused Addis Ababa of aiding Mogadishu to install an “imperial” presidency by working closely with Farmajo. For instance, Ethiopian National Defense Forces [ENDF] troops were blamed for an opening fire that killed 11 people in Baidoa in 2018.

The Ethiopian contingent with the Somali National Army [SNA] was under instructions to arrest former Al-Shabaab deputy leader Mukhtar Robow, who had declared interest in the Southwest presidency contrary to Farmajo’s wishes. To date, Mukhtar Robow remains in custody without charges preferred against him.

At Jubaland, the Ethiopian troops working closely with Farmajo have often been linked with covert activities, including secret deals to oust regional leader Ahmed Islam Mohamed Madobe. Mr. Madobe is a seasoned critic of Farmajo.

Despite the new changes, Abiy Ahmed has already congratulated the new administration in Somalia. Still, it’s unclear if Hassan Sheikh Mohamud will give him an ear, just as Farmajo did. The Horn of Africa is battling insecurity as Al-Shabaab militants continue to gain ground.

FEATURED: Radical changes in NISA, welcome for a new Somalia