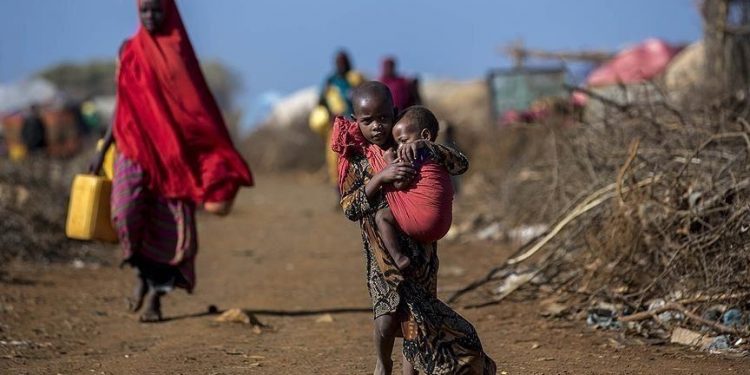 NAIROBI, Kenya – The United Kingdom has pumped $10 million for drought response in Somalia, a package that would help the country to cope with the prevailing conditions which have for a long time thrown the country out of balance.

Vicky Ford, the UK MP in charge of Africa in the cabinet, announced the package when he visited neighboring Kenya for three days, in what could significantly shape efforts towards drought response in the Horn of Africa nation.

The funding will provide vital assistance such as cash to buy urgent food supplies and water to help vulnerable families across Somalia that are desperately suffering from relentless drought. The support is part of the £17 million packages of UK support to countries in East Africa affected by extreme drought and flooding, the UK said in a statement.

Over 4 million people are currently battling drought in Somalia, with the World Food Programme saying the situation could worsen in the coming month. Already, tens of people have died in Gedo and other regions.

The funding is expected to support almost 500,000 people in Somalia to access clean water and afford food supplies. This kind of early preventative action is crucial, as was learned from the 2016/17 drought in Somalia when early action and funding led by the UK helped to narrowly avoid a famine.

“For countries in East Africa, climate change is not a future problem – it is driving a humanitarian emergency right now. Catastrophic droughts and floods, paired with ongoing conflicts and poor governance in Somalia, South Sudan, and Ethiopia, are creating a perfect storm in East Africa which risks pushing hundreds of thousands of people into famine,” Ford said.

“The UK’s commitment to supporting our partners in East Africa is unwavering and we know that early action now can prevent mass loss of life. This funding package will provide vital assistance to almost a million people across the region, helping those affected to access clean water and healthy food.”

British Ambassador to Somalia, Kate Foster, added: “The situation is extremely worrying, with millions of people in desperate need of life-saving food and clean water. The UK is moving quickly to provide support with an additional $10 million of funding, as experience has shown that early, preventative action is vital to avoiding mass loss of life.”

“So far, the UK has provided £32 million in humanitarian funding this year, reaching over 1 million people with a combination of emergency and longer-term assistance,” she noted.

The UK prioritized supporting communities affected by extreme weather events such as droughts as hosts of COP26 in Glasgow. As part of the historic agreement reached the summit, wealthy nations committed to double the overall climate finance available for adaptation programs.