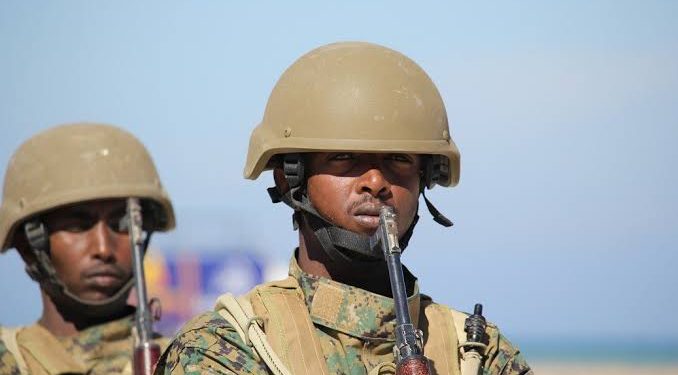 AF-URUR, Puntland – Somalia-based Al-Qaeda-linked Al-Shabaab militants on Sunday morning raided a military base in Puntland, the first significant attack in the Federal State which for years has been facing dual security threat from terrorist groups, including ISIS.

According to military sources, the militants raided Af-Urur village in the Bari region with mortar shells before engaging in a fierce gunfight with Puntland forces. Both sides have suffered casualties during the attack.

The Al-Shabaab militants have lately been making inroads in the Bari after facing defeats in southern Somalia, battling against AU and SNA forces. This has raised security concerns.

“The terrorists attacked Uf-Urur with mortars and small arms, followed by heavy gunfight with security forces within the vicinity of the town,” said a security official, who asked not to be named.

Puntland forces have managed to repel the terrorist attack successfully, he added. The state security officials did not immediately respond to Garowe Online’s requests for comment on the Af-Urur assault.

Further reports indicate the militants raided the base just before dawn prayers but got a swift and bold resistance from Puntland troops stationed in the mountain area within the coastal region.

Multiple sources say five Puntland soldiers were killed in the base attack, with reports indicating that Al-Shabaab lost at least 12 combatants and sustained wounded in the counter-offensive.

In early June 2017, Al-Shabaab attacked Af-Urur, approximately 70km from Bossaso port city, in one of the deadliest attacks in Puntland after more than 50 people, mostly soldiers, were killed by the militants.

For over a decade, the militant insurgency group Al-Shabaab has been waging a deadly war against Somalia’s security forces and AMISOM. They have borne the brunt of the attacks targeted on military bases.

Somalia has been struggling to defeat militants since 2007, leading to the deployment of African Union forces to the country. There are close to 20,000 AU soldiers in the country who are preparing to exit in 2023.