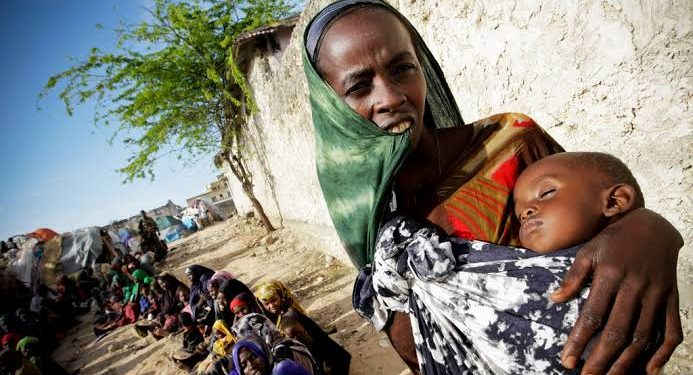 NEW YORK- The United Nations [UN] says the ongoing conflict in the Tigray region and drought in southern parts of Ethiopia are catastrophic to the Horn of Africa nation, facing tough challenges since Prime Minister Abiy Ahmed Ali took over in 2018.

In a statement, the UN said over 20 million people are facing starvation, adding that already, over 7 million have been exposed to hunger. This is the fourth year the country has been getting little or no rain.

“In the 2016 to 2017 drought, this catastrophe was avoided through early action… In 2022, due to a severe lack of resourcing, there are growing fears that it won’t be possible to prevent the looming disaster,” he said.

An advisor to the significant humanitarian donor in Ethiopia told VOA that the government shifted focus to the ongoing war in the Tigray region, thus significantly failing priority for the country. The war broke out in November 2020 and had been going on to date.

The adviser said the cost of that inattention was a huge loss of livelihoods, assets, and livestock. The war has left thousands of people dead and millions displaced, according to the United Nations.

The adviser noted, however, that the regional and central governments have recently tried to pull together resources and are trying to address the needs in regions of the country like Somali and Oromia, particularly by rallying donors like the WFP.

Abiy Ahmed has been accused of targeting the Tigray people unfairly, leading to a blockade of major humanitarian assistance to the region. The government had declared a ceasefire in the area, but there are claims that aid agencies are yet to reach the part.

William Davison, a senior analyst covering Ethiopia for the International Crisis Group, a Belgium-based research group, told VOA that  “despite the humanitarian truce, there still seems to be around one convoy of aid reaching Tigray per week, so that is nothing like the unrestricted access for humanitarian agencies that are needed.”

“We should also note that there has been no move by the federal government yet to restore vital public services to Tigray, including banking, telecoms, and electricity,” he added.